The Hall and Oates guitarist has a killer collection of classic Porsches. 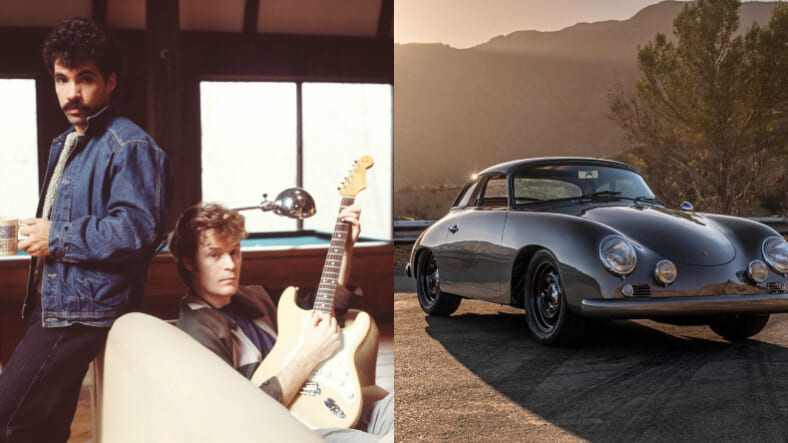 John Oates isn’t just half of one of the most successful pop duos ever—he’s also longtime Porsche lover who owns one of the coolest restomods we’ve ever seen.

Founder John Emory detailed key changes they made to what began as a damaged 356B Cabriolet donor car.

“When people hear custom, their minds tend to go to the outrageous, but our work is all about restraint,” Emory said in a press release. “John’s 356 is perfect example.”

“The body began life as a 1960 356B Cabriolet, which had a removable hard top. We replaced the car’s damaged nose with 356A-style bodywork, but leaned it back for a sleeker appearance. We also modified the windshield frame the same way.”

Emory made sure that vehicle’s design stayed true to its roots.

“The removable hard top was tailored to create a more streamlined roof profile, and we integrated body-hugging 356A-style bumpers. Everything is presented in the same way a new 356 would be rolling off the line. The key difference is the subtle changes Emory Motorsports makes to the original design.”

Its rear-mounted power plant is one of Emory’s 200-horsepower “Outlaw-4” engines, which is mated to a Porsche 911 aluminum-case 5-speed transmission.

He debuted his “Emory Special” 365 at the Porsche Experience Center in Atlanta during the German automotive company’s 70th anniversary celebration.