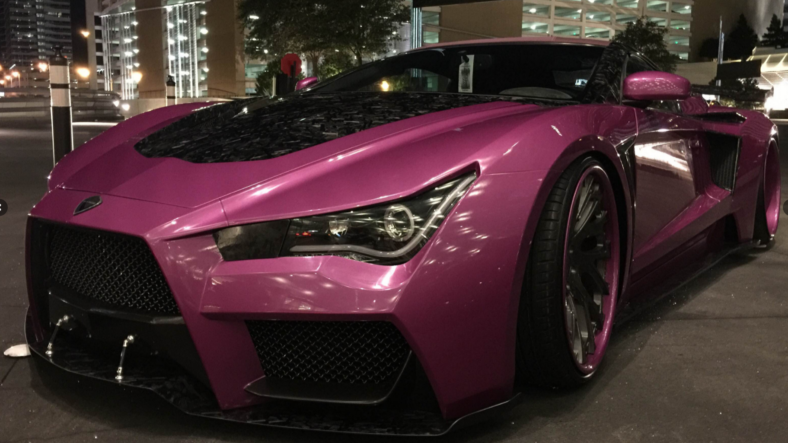 The Joker‘s sporty ride in Suicide Squad is almost as garish as he is, but beneath that clownish purple paint is a custom fiberglass body atop an Infiniti G35 Coupe.

The bodywork creates a kit car called the Vaydor and it comes from a Florida company called Vaydor Bodykits LLC. The company’s web site boasts that their over-the-top car is “affordable exotic.”

Indeed, the price of the basic fiberglass kit is just $11,000, with optional interior upgrades. Of course, that’s just for the parts needed to transform a 2003-’07 G35 Coupe into a Vaydor, it doesn’t include the Infiniti itself or the countless hours of labor to swap the car’s factory sheetmetal for Vaydor’s zoomy fiberglass.

But at least the conversion does not require hacking up the Infiniti, because the kit retains the car’s original wheelbase and other dimensions. Wiring and major mechanical parts are similarly unaffected. The company says that its fiberglass is laid by Florida boat-building experts, which sounds encouraging.

However, the web site also explains that all the mounting positions for doors, hood and trunk have metal inserts installed to support the attachment of hinges and that they are ready to be tapped with threaded holes.

That means the job of correctly locating, drilling and tapping the holes is left to the builder.

But even with the amount of work needed to complete one of these kits, you might not need to be as batshit crazy as The Joker himself to dive into a Vaydor conversion project for your Infiniti.