Hit The Slopes in This Freakishly Futuristic ‘Snoped’ Snow Bike

This super sleek landspeeder is only six inches wide but has a 90 cc engine. 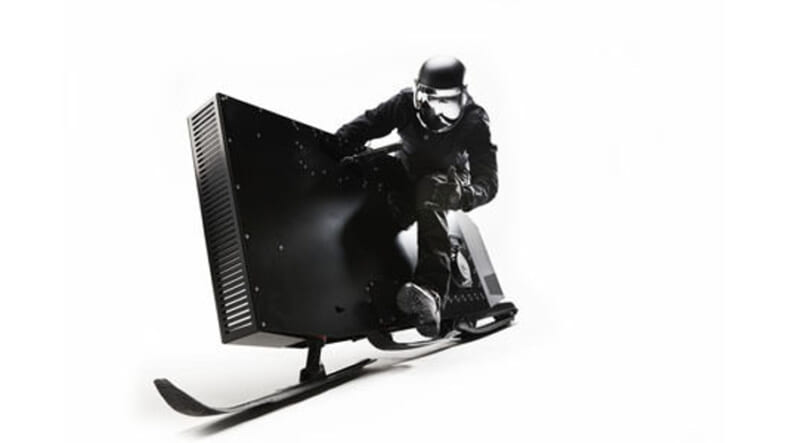 Why bomb through the powder in a big, lumbering snowmobile, when you can zip about on something sleeker and nimbler? If you’re the rugged, DIY type, you could convert your dirtbike into a snowbike.

Or if you fancy yourself more sleek and stylish, you might wanna just deck yourself out in your best black winterwear and hop aboard the sleek Snoped (two syllables).This dark monolithic vehicle, the work of designer Joey Ruiter and builder Jeff Long, is only six inches wide (other than the handlebars), sports a 90cc engine and a Chrysler Sno-runner track.

And as you can see in the video below, this thin, boxy landspeeder actually runs—and looks cool doing it.

But as Ruiter doesn’t list a price or purchase information on his studio’s site, it appears to be more of a proof of concept than an actual product for the masses.(And by masses, we mean James Bond baddies or perhaps a prop for the upcoming Blade Runner installment.)