It’s both biblical and completely badass. 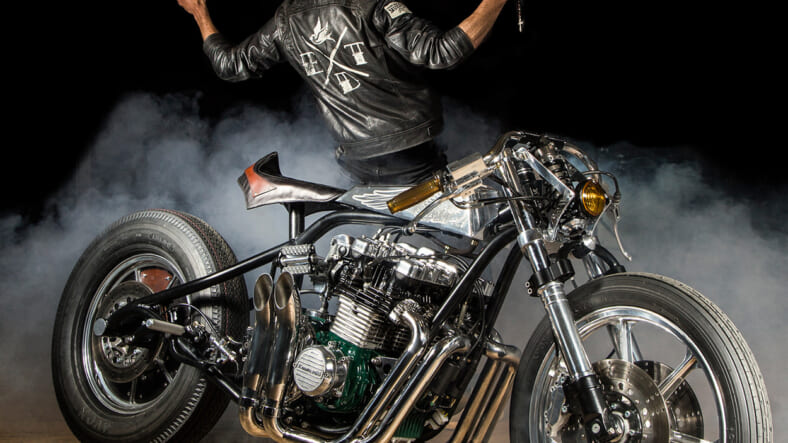 France’s Ed Turner is the unlikely name of one of Europe’s most extreme custom bike workshops. And this is their wildest creation yet, heavy on biblical references and christened “The Sword,” BikeEXIF reports. It’s based on a 1979 Kawasaki Z1000ST, a powerful bike far ahead of its time.

It’s a nod to the American vintage drag racing scene but with just enough modern menace. It’s main features are a powerful-looking frame, a springer front end, sleek back profile and beautiful finishes.

Aside from custom forks it features s relatively small tank a microscopic brake light and flashers under the custom saddle, masterfully crafted by Red’s Leather. And the tank top is engraved with some lines of Ezekiel 21 from the Old Testament, “A rather creepy passage which speaks of a sword sharpened and polished—and a God who, for once, seems really pissed off and ready to fight.”

In other words, if you see this coming, you’d better get the hell out of the way.