This Self-Driving Kia Is a Rolling High-End Movie Theater

It’s got a 40-inch Samsung display instead of a back window. 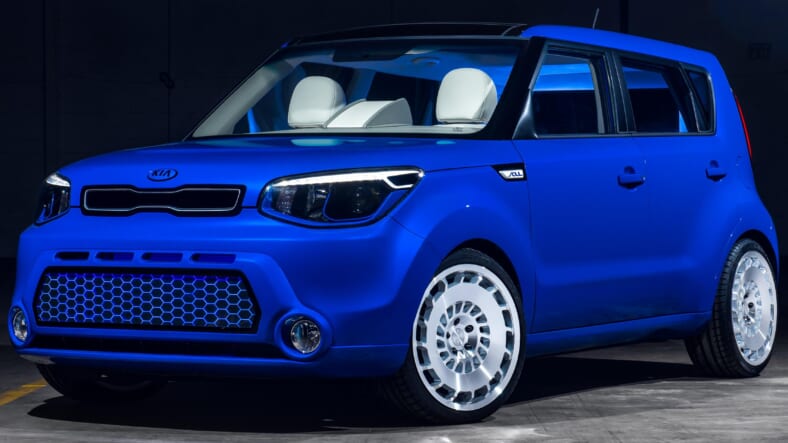 The Kia Soul has long been recognized for its unrealized potential as an urban-scale limousine, and the company has brought that potential to reality with the “First Class” concept car presented at the Specialty Equipment Market Association show in Las Vegas.

By completely eliminating the driving controls in this cobalt blue stunner, the maestros at LUX Motorwerks were able to turn around the front seats to face a big-screen-equipped rear lounge.

The result is a two-seater that is optimized for in-flight productivity or entertainment during prolonged travel. So that’s a 40-inch Samsung display where the back window would be, and it is connected to an Apple Mac Mini computer.

Of course, the cabin is filled with premium speakers for killer audio, and there are two built-in tablet computers too.

Uber needs to order a fleet of these immediately.