But you can still gaze upon the the 959 HP topless beast in all its glory. 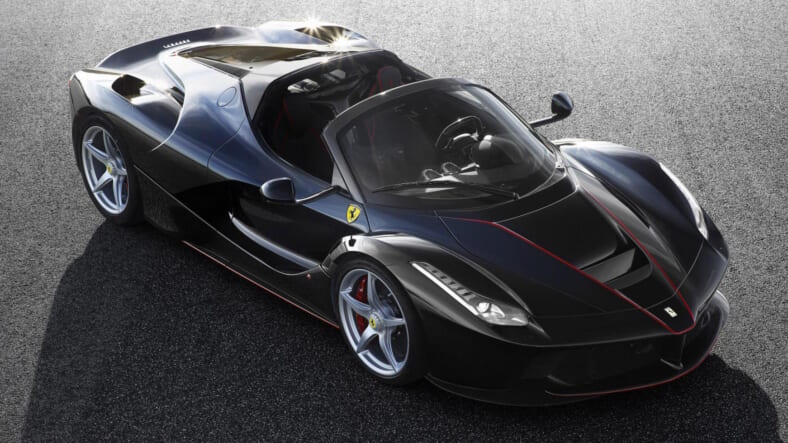 Ferrari has at long last released official images of the much-discussed LaFerrari convertible, dubbed the Aperta, and as usual it’s just a tease: the hyper-expensive hypercar was sold out long ago to Ferrari’s A-list top customers.

Set to make it’s worldwide debut at this year’s Paris Motor Show, it packs the same power as its coupe sibling: a 6.2-liter naturally aspirated V12 coupled with an electric motor giving it a whopping 950 hp and 663 lb. ft of torque.

It will be available with either a removable carbon fiber hard top or a removable soft top, and Ferrari says it has made “significant and extensive” modifications to the chassis.

Initial rumors have claimed that only 50 examples will be built at a cost equal to roughly two hardtops, i.e. about $3 million apiece.

Keep that in mind if you’re ever lucky enough to even breath in some exhaust from one….