Here’s What The New Lamborghini Centenario Convertible Will Look Like

Lambo has yet to unveil it, but an auto artist gives us a sneak peek. 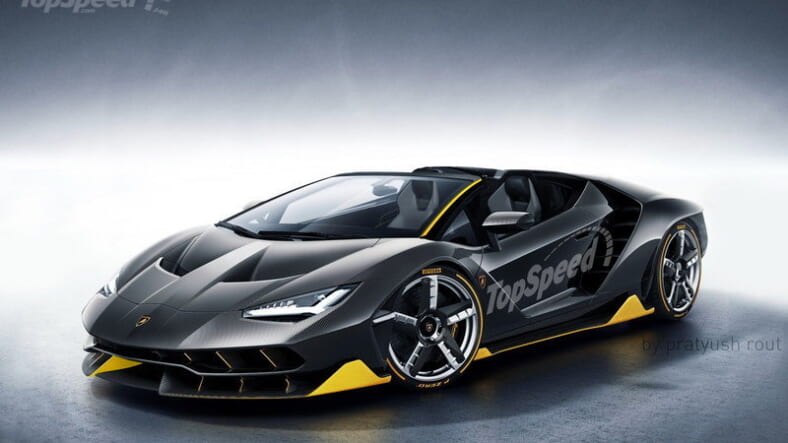 When Lamborghini announced its Centenario coupe at last month’s Geneva Motor Show, it also revealed that all 20 of the supercar’s limited production run had already sold out, along with all 20 convertible versions of this landmark Lambo.

But while Lambo has yet to reveal what the convertible version of the Centenario looks like, that hasn’t stopped Top Speed.com‘s artist from guesstimating the open-topped roadster’s likely appearance.

You’ll recall that the $1.9 million Centenario commemorates the hundredth anniversary of the birth of company founder Ferruccio Lamborghini. Its 770-horsepower V12 explodes to 62 mph in 2.8 second and rips through the atmosphere with a terminal velocity of 217 mph.

We’ll have to wait for the official announcement to get an idea of how Lamborghini plans for the Centenario Roadster’s top to operate. It might be a folding hardtop along the lines of the new Mazda MX-5 RF, or it could have simple removable roof panels like the jigsaw puzzle pieces of the Aventador Roadster.

In any case, lucky Lambo buyers will surely multiply their millions invested in the supercar purchase, as the 2014 Veneno has already tripled in value to more than $11 million.