Celebrate The Iconic Lamborghini Miura On Its 50th Anniversary

Lambo lovingly restored this 1971 version of “the first true supercar” to mark the big 5-0. 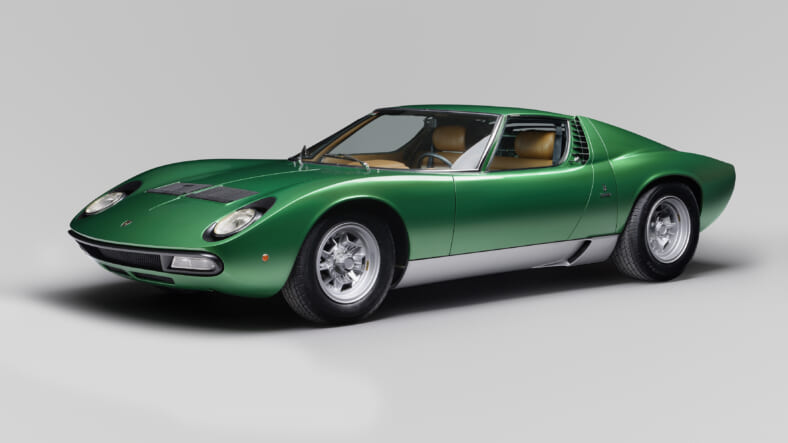 It’s been a half-century since a member of the undisputed short list of “most beautiful cars” ever made debuted at the 1966 Geneva Motor Show, and Lamborghini wants to remind us that at fifty, the Miura, like Cindy Crawford, remains as gorgeous as ever.

In commemoration of what’s been called the first true supercar’s 50th birthday, Lamborghini refreshed the company’s original pre-production version of the upgraded Miura Super Veloce that appeared in Geneva in 1971. Interesting, because Lamborghini was exhibiting the brutal new Countach at the show that year, the Miura Super Veloce was displayed at the booth of its coachbuilder, Bertone.

Restoration of chassis 4846 took more than a year, as technicians stripped the car to its bare chassis. Then, each part was meticulously returned to original condition, as illustrated by photos and historical archives.

“This is the year in which the Lamborghini Miura celebrates its fiftieth anniversary,” said Enrico Maffeo, Head of PoloStorico. “This car not only illustrates the iconic appeal of the Miura, widely acknowledged as the forerunner of modern super sports models, but is also a perfect example of the expertise available in Lamborghini PoloStorico in providing the most authentic Lamborghini restorations.”