Rick Ross, Kanye West and Yo Gotti are among the hip-hop heavyweights who can’t get enough of these Italian supercars. 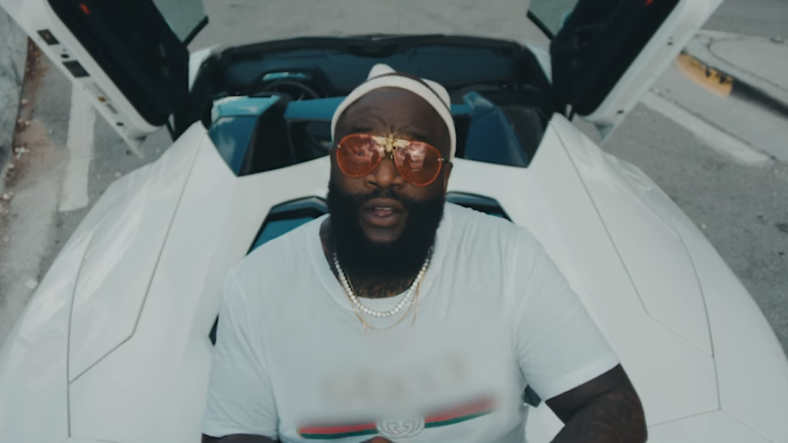 Car-crazed rappers love to glorify one of the sickest driving machines ever built—the Lamborghini.

Just about every model of the Italian supercar has been featured in a hip-hop music video at some point in the last decade, whether it’s the star-spangled Huracan in Rae Sremmurd’s “Powerslide” or the white Aventador in Lupe Fiasco’s “Around My Way.”

Kanye West made sure to include a Lambo in his ode to the Murcielago, “Mercy.” But, as eagle-eyed gearheads will note, the vehicle in the background is actually a Gallardo. Whoops!

Here are 10 times rappers amped up their videos with roaring horsepower courtesy of the raging bull:

Stizz reportedly didn’t write “Lambo” to brag, but to inspire. In the video, he and his crew longingly admire a bright orange Huracan, as one does.

Sremmurd makes good use of the Huracan’s 630 horses as he powerslides his away around barely-clothed hotties. This video truly has it all.

Scissor doors are an iconic part of every modern Lambo’s styling. Both models featured in Ross’ video—a white Aventador and a lime green Huracan—have them.

The Aventador’s pink paint coat might seem questionable… until you see how damn good it looks with fire-breathing femcee Nick Minaj in the driver’s seat.

No, it’s not your internet connection—that fleet of Aventadors and Huracans is supposed to look like a crazed acid trip.

KSI really wants you to know about his (La) Lamborghini Aventador. Hopefully you can catch the lyrics through that gravelly voice and thick British accent.

Not only does Kanye never get behind the wheel of the Gallardo parked in the background, but the only close-up shot is a blur of it speeding away. We’ll count it anyway.

Fiasco shows two sides of himself in this powerful video—the struggling rapper he was, and the Aventador-driving superstar he became.

“Daddy” actually has a garage full of Lambos, including a coveted white Countach you get to see for all of two seconds. The Gallardo Yelawolf drives his girl around in isn’t too shabby, though.

Young Jeezy wasn’t about to collaborate with rap royalty from behind the wheel of a clunker. He and Nas look fly-as-hell sitting in a $350,000-plus Murcielago.