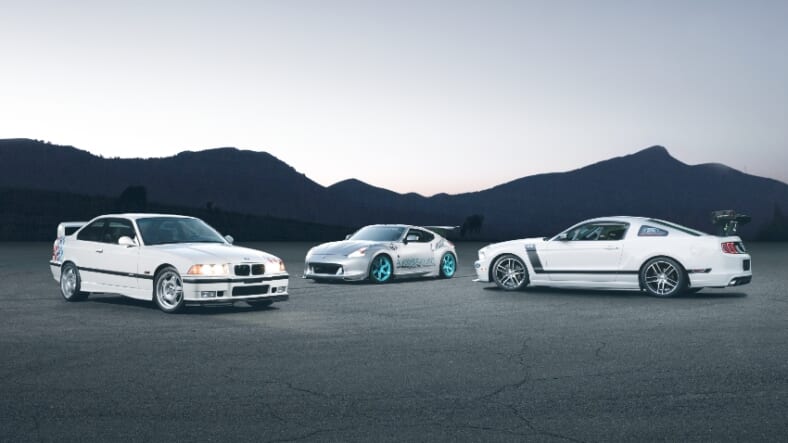 Fast & Furious star Paul Walker was a serious car collector in real life. That’s evident in the group of 21 cars from the late actor’s estate which will go on the auction block at Barrett-Jackson’s 49th Annual Scottsdale Auction next year.

It’s heavy on BMWs but still anything but a homogenous group of classic vehicles.

Walker was best known for playing Brian O’ Connor in several Fast and Furious movies, last appearing in 2015’s Furious 7 — two years after his untimely death riding in a Porsche Carrera on a California highway.

But Walker used his fame for good and cared a great deal about charitable causes — something his daughter Meadow honored with the founding of the Paul Walker Foundation.

Barrett-Jackson CEO Craig Jackson said of the upcoming auction that his company is “deeply honored to offer” the collection.

Walker’s “impact was immense through both his influence as an actor in the Fast and the Furious movies and his philanthropic drive as the founder of Reach Out Worldwide,” Jackson said in a press release. He went on to say the auction house is “proud to help continue Paul Walker’s legacy by offering his esteemed collection to their new caretakers at our flagship Scottsdale event.”

It’s a hell of a selection of vehicles, too, including several classic BMWs. The list below:

“Paul’s passion for performance was especially expressed in the cars he loved,” Davis continued, “This group of vehicles also represents the evolution of the hobby, as collectors are clearly broadening their horizons and diversifying their collections.”

Paul Walker’s collection will be at the Scottsdale Auction between January 11 and 19, 2020.