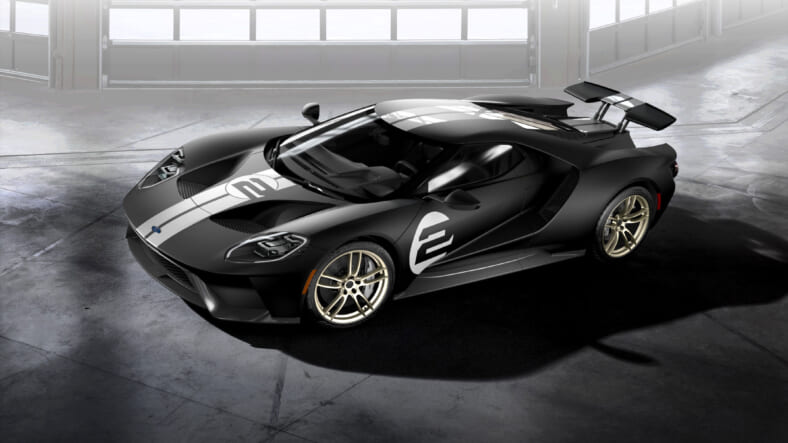 On the heels of its class win in this year’s 24 Hours of Le Mans, Ford has announced a special edition of its limited-production GT supercar that will be even more exclusive.

If prevailing in the application process for the 500 $450,000 Ford GTs available for purchase in the 2017 and 2018 model years isn’t exclusive enough, now Ford is offering the ’66 Heritage Edition in Shadow Black paint (in either a gloss or matte finish) with silver stripes and exposed carbon fiber.

Cementing the connection between this ebony beauty and the 1966 Le Mans racer-winner, the cars will carry the number 2 worn by the car piloted by Chris Amon and Bruce McLaren a half-century ago.

“Celebrating the anniversary of Ford’s historic victories at Le Mans has always been a part of the return of the Ford GT,” said Raj Nair, Ford executive vice president, product development, and chief technical officer. “The 2017 Ford GT ’66 Heritage Edition is a stunning tribute to the car that kicked off Ford’s string of Le Mans victories in 1966.”

The ’66 Heritage Edition will be available in limited numbers for the 2017 model year only, so best to reserve one now.