This Full-Size Chevrolet Silverado Is Made From 330,000 Legos

The giant Lego truck took more than 2,000 hours to build. 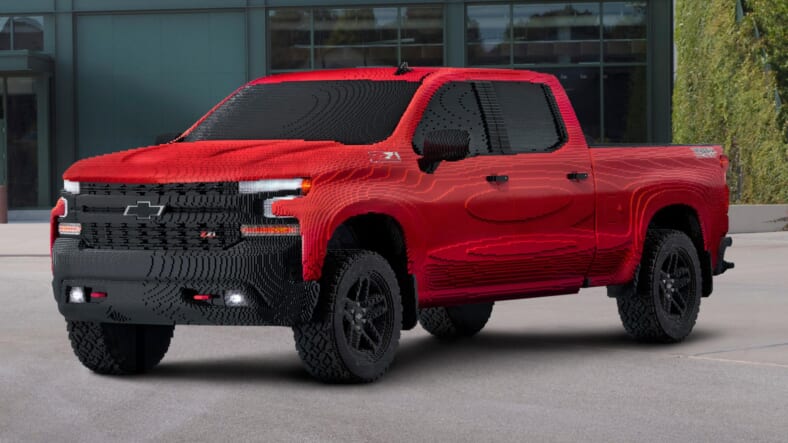 Chevy is teasing the upcoming release of its most technologically advanced Silverado ever with the craziest Lego truck we’ve ever seen.

The automaker partnered with with students from Detroit’s Oxford Community School and Ralph Wald Emerson Elementary to create a one-of-a-kind 2019 Silverado 1500 LT Trail Boss made entirely out of Legos.

It took 18 builders over 2,000 hours to assemble all 334,544 bricks. But sadly, unlike the 1 million-plus piece Bugatti Chiron replica unveiled last year, the oversized toy isn’t drivable.

This six-foot tall Silverado model, however, does have working headlights and towers over the Lego Veyron.

The project serves as a creative advertisement for The Lego Movie 2, which hits theaters February 8.

We wouldn’t mind seeing Chevy give the Corvette ZR1 a Lego makeover next.