It comes with hand grenades, ammo cans and a tactical hatchet. 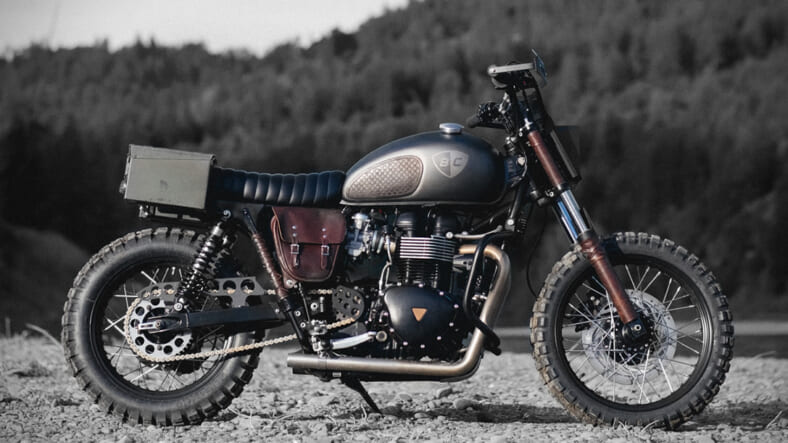 A clue to the capabilities of this killer custom Triumph café racer can be found in the fact that it’s named after the leading character from Mad Max: Fury Road. The Furiosa may have been built by British Customs to raise money for charity, but there’s very little that’s charitable about its menacing appearance and deadly accessories.

Fans of @CafeRacersOfInstagram had some input in the bike’s design. Upgrades run the gamut from factory-spec bolt-on parts including drag pipes, a slammer seat, and oil pressure gauge, to several one-off parts fabricated by Andrew Blaschko of CROIG, including a nose plate, hand guards, leather tank pads and wraps and a luggage rack.

We assume the grenades aren’t live, but you never know…