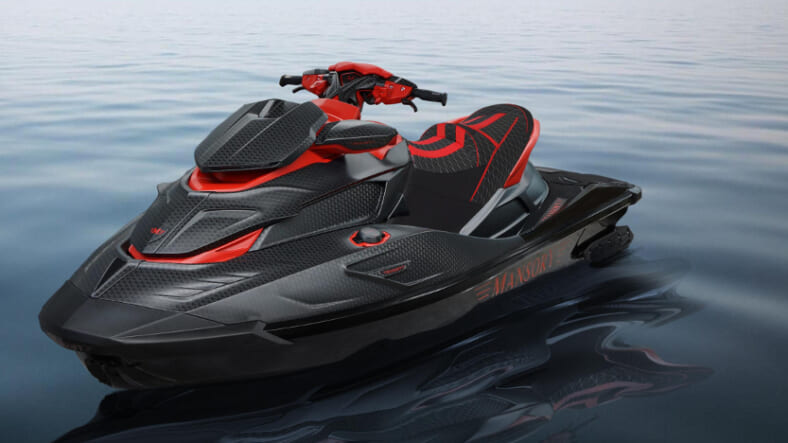 Since your superyacht is likely measured in football fields, you should really only mount the finest possible watercraft to ride to and play around it, right? To do otherwise would be like pairing a fine porterhouse with a Yoo-hoo or wearing a Swatch with a Brooks Brothers tux.With that in mind, the acclaimed luxury vehicle modifiers at Mansory—which made the awesome custom Mercedes AMG GTS we covered last week—took an already quite capable Sea-Doo and (as is their calling in life) improved on it.

The resulting predictably carbon-fibered Black Marlin jet ski is 22 pounds lighter, with a rip-snorting 550 horsepower engine and a “more dynamic, aggressive design.”So who cares if at $62,000, this bulked-up Black Marlin is $45,000 more than the original? It’s lighter, faster and way more badass. And since it carries up to three at once (including the driver), you only really need one.

But just so your guests to go home crying, you could always keep a few stock craft floating around for the average joyride.