Yes, Mario Kart Can Make You A Better Driver 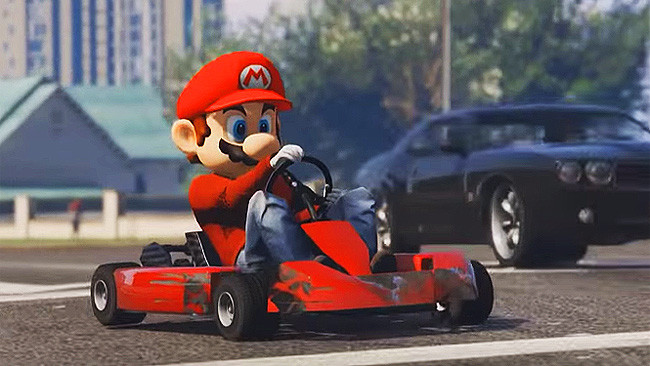 For decades, many have claimed that reflexes honed playing video games are actually beneficial IRL. Now a study by New York University Shanghai and the University of Hong Kong has proved it to be true.

The researchers tested two groups in a driving simulator that challenged them with windy conditions. To test the connection between racing games and improved driving, they tried another test, this one using non-gamers. One group completed 10 one-hour Mario Kart sessions, while the other played Rollercoaster Tycoon III for the same time.

Halfway through the training, the Mario Kart players already showed improved visuomotor control skills, an advantage which grew by the end of the training.

To study other action game benefits, the researchers tried the first-person shooter game Unreal Tournament. Gamers in that study improved different aspects of their visuomotor control skills, leading researchers to conclude that the two styles of gaming could be beneficial for different types of drivers.

“The differing effects of driving and first-person shooter video games on the sensorimotor system suggest that for experienced drivers, who have stable control but need to improve their ability to predict input error signals, training with first person shooters rather than driving video games is more effective,” lead author Li Li explained in a report for the Association of Psychological Science. “In contrast, for novice drivers, who are still struggling with obtaining stable control, training with driving rather than first-person video games is more helpful.”

Added bonus: the drivers will also know how to handle banana peels and turtle shells thrown by drivers ahead of them.