He got one for himself, obviously. 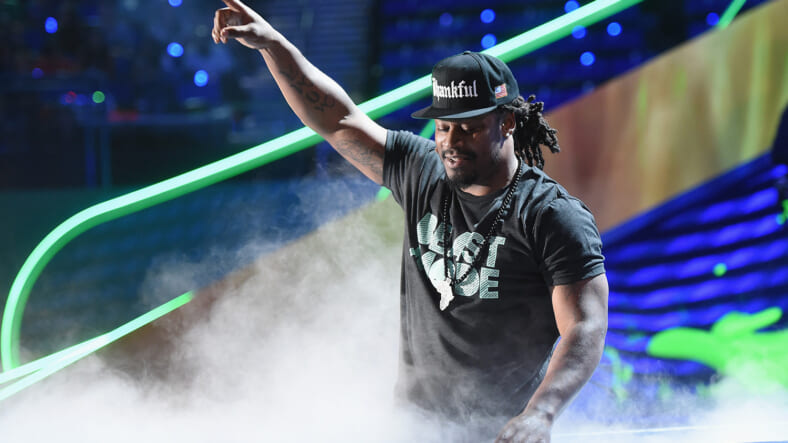 Marhsawn Lynch made his name, and earned his nickname, by being something of a human truck: when the Seattle Seahawks running back is in Beast Mode, he just runs dudes over.

Now, ‘Beast Mode’ is quite literally a truck. Lynch recently teamed up with an Oregon-based car dealership to design two dozen Beast Mode-branded Jeeps. One of those is going in his own garage, but the rest are going to be sold to adoring Seahawks fans — and a portion of the money raised will go to Lynch’s charity, the Family 1st Foundation.

The dealership’s Facebook page has a gallery of the Jeep that shows off some of its most beastly features including, lineman-sized tires, custom leather seats, neon green galore and a sound system described as “insane.”

All the photos from the Beast Mode Jeep Reveal Event at McLoughlin Chrysler Jeep. Marshawn Lynch teamed with the team at…

Also sure to be insane: whatever price tag they slap on this beast.