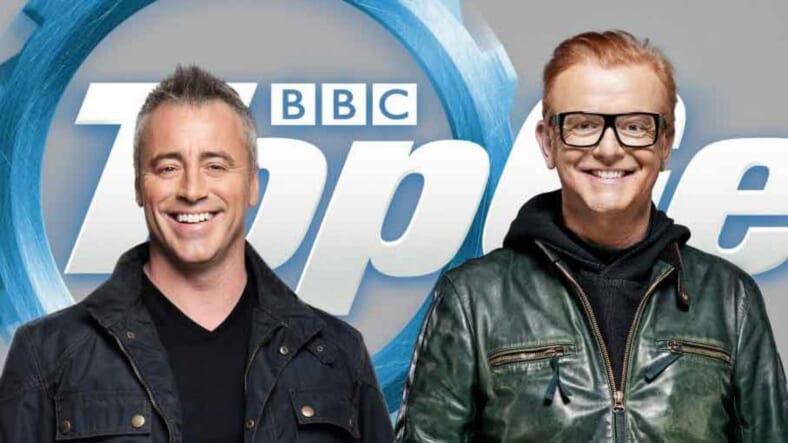 Only a handful of episodes into the revamped Top Gear, former Friends star Matt LeBlanc has allegedly issued an ultimatum to the BBC: he’s out if they don’t get rid of co-host Chris Evans prior to the start of filming for the second season.

LeBlanc and others on the cast and crew have supposedly grown weary of Evans’ rudeness. Rumors from behind the scenes suggest Evans displays a sense of superiority and disdain for performing the normal jobs of any Top Gear presenter, like driving cars, informing viewers about the vehicles, and being funny.

According to reports in The Telegraph, Evans’s behavior has already led to the resignation of one of the show’s producers. It was similar mistreatment of staff and impolite behavior that got former presenter Jeremy Clarkson fired from the show he helped refresh and build into the most watched program in the world of its kind.

Along with LeBlanc and Evans, the new version of Top Gear features a large team of presenters including German racing driver Sabine Schmitz, racing commentator Eddie Jordan, journalist Rory Reid and Youtube star Chris Harris. Viewer reaction has been largely negative, as the show has struggled to find a balance that works for so many hosts.

Anyone attempting to follow the long-time (and now Amazon-based) hosts Jeremy Clarkson, James May and Richard Hammond at Top Gear was bound to struggle with escaping their enormous shadows.

Yet while the BBC must have known that canning the uber-popular Clarkson, May and Hammond would be tough, they must have hoped that the problem of having a rude, loud and self-centered former media personality as the main presenter would have left with along with Clarkson.

It certainly seems like Evans has already burned bridges at Top Gear. Combined with the poor reviews and ratings of his appearances, as well as LeBlanc’s apparent personal dislike of him, it would appear that Evans will soon be gone just like his predecessors.

Maybe Jeremy Clarkson has an opening on his Amazon crew.