Our Indycar ace is the top-ranked Yank, according to Autosport magazine. 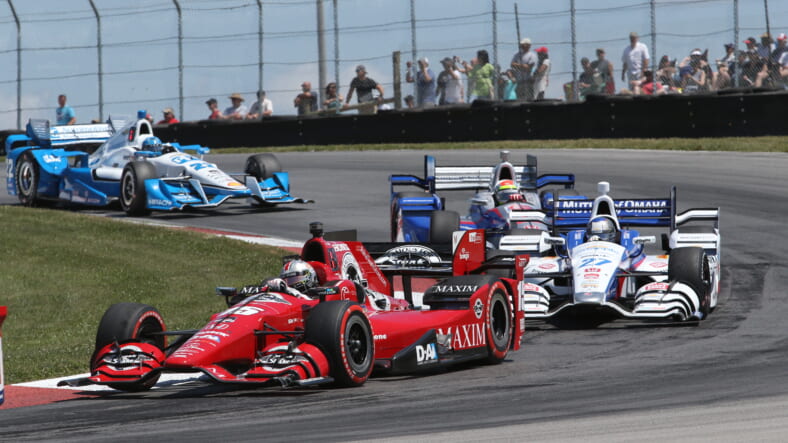 He finished 15th in the overall rankings, behind a slew of famed Formula One, Le Mans sports car and touring car racers, who are all more familiar to the U.K. magazine’s editors and readers.

Still, Maxim’s man behind the wheel impressed racing critics with his scorching track performances. “Rahal rose to the occasion,” Autosport raved. “He was a genuine threat almost everywhere.”

This despite the obvious handicap of Honda-developed aerodynamic parts for his race car that left him at a visible  disadvantage to his Chevrolet rivals.

Rahal’s position as the “best Honda” driver this year was in spite of the fact that the Andretti team actually did much of the aerodynamic development work for Honda, which should have left the Rahal Letterman Lanigan Racing team at a disadvantage even among the Hondas, Autosport noted.

It has been a very good year for Rahal, which saw him ultimately finish 4th in the IndyCar championship. Shortly after the season ended, Rahal married professional drag racer Courtney Force, daughter of the legendary John Force, to merge two of America’s leading racing families.

On vacation in Tahoe, Rahal tweeted appreciation for the award. He also shared this low-quality pic of his dad, Bobby Rahal, jokingly racing his father-in-law, John Force, on ice skates.

Looks like even when these guys aren’t behind the wheel, they’ve got a need for speed.