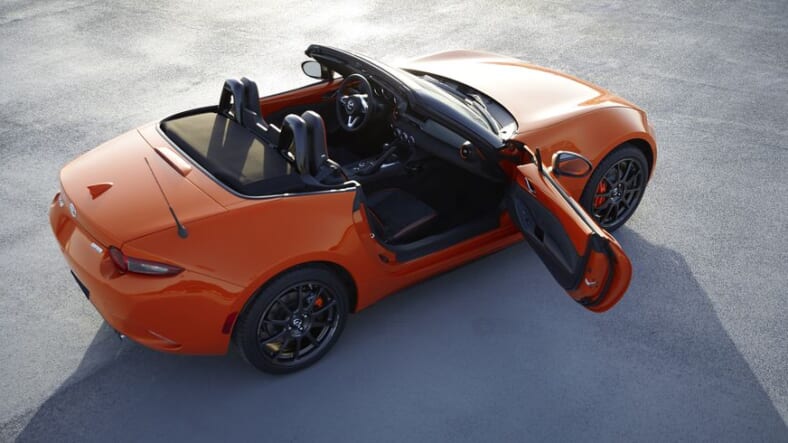 Mazda marked 30 years and over one million sales of the Miata by unveiling the 2019 MX-5 Miata 30th Anniversary Edition at the Chicago Auto Show.

With the availability of stick shifts in sports cars declining, those who long for a clutch pedal will be pleased to learn that the Japanese automaker opted to mate the base model’s 181-hp, 2.0-liter four-cylinder to a manual transmission and powertrain-exclusive mechanical limited-slip diff.

An automatic version is also available for an extra $500 in the soft-top and $400 in the hard-top RF, but why pay more for less fun?

Hopefully Mazda will decide to double down by sending another 500 Miata 30th Anniversary Edition models stateside.