Because some sports cars can only be truly tested on the track. 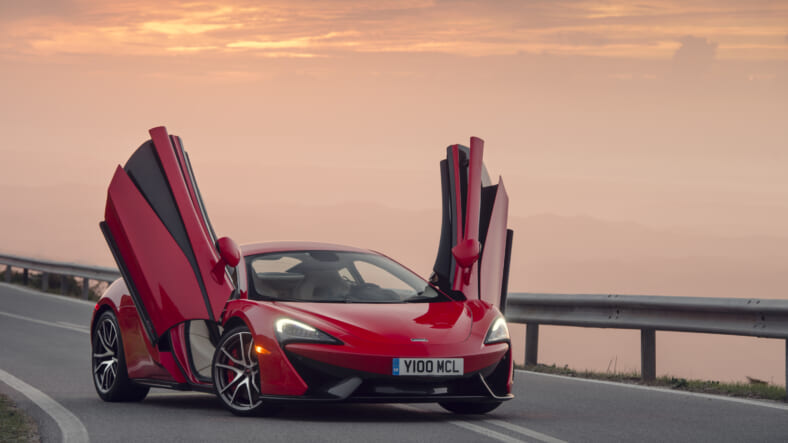 Targeting enthusiasts who want to wring out their shiny new sports cars at full speed without landing in jail, McLaren has developed two racier versions of the company’s blazing new 570S Coupe that are intended for use only on the track, along with a rendering of what that track car might look like.

You can’t miss the massive rear wing, whose added downforce increases grip at the rear tires.

That increased rear grip is balanced by the larger carbon fiber front splitter beneath the radiator’s air intake. That combines with enlarged air extractor vents in the hood to increase front grip, and along with a bigger radiator, better cooling for the 570S’s unmodified 562-horsepower 3.8-liter twin-turbo V8 engine.

The McLaren 570S GT4  is designed to conform to international GT4-category racing rules. The intent is to provide a platform for wealthy amateur racers to compete at a lower cost and intensity level than McLaren’s 650S GT3 racer. That car is meant as a professional-level machine.

The second track-only edition is the 570S Sprint, and it is not built to meet the rules of any racing class, so it can be faster than the GT4. Because it doesn’t meet the rules for racing, it would be used exclusively for track day events, where customers go to a track and tear around for the fun of it, without actually racing other cars.

Both cars have built-in roll cages and fire extinguisher systems for safety. The suspension is upgraded with double-adjustable racing shocks that permit different settings for suspension compression and rebound, as well as an on-board air jack system for easier tire changes.