Batman would be envious. 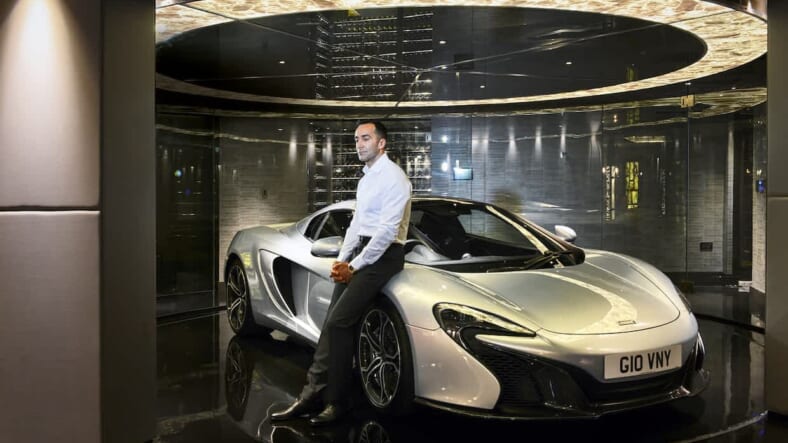 Cars like the McLaren 650S are so spectacular it could be tempting to put them on a display pedestal for admiration rather than just driving them. A British man has found a way to do both, with a basement man cave garage with a display turntable for this silver McLaren.

Lavish lifestyle site HowToSpendIt profiled Manchester, England resident David Giovanni, who has built his basement for enjoying with his friends. “I thought I’d like it to be a bit of fun in the basement for me and my pals,” he told HowToSpendIt.

The McLaren shares garage space with an Aston Martin Vanquish and a Bentley Bentayga, highlighting Giovanni’s admirable loyalty to Britain’s home teams. Maybe he’ll find space for a Rolls-Royce next.