Here’s a Bespoke, All Carbon-Fiber McLaren to Imagine In Your Garage 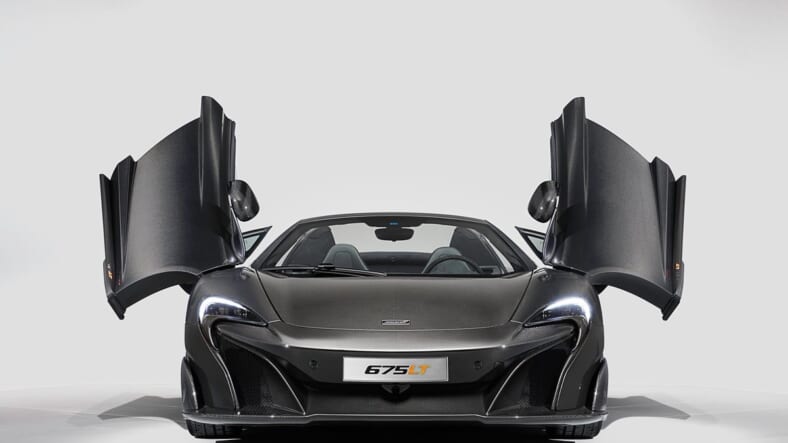 During Maxim’s exclusive tour earlier this year of McLaren Automotive’s headquarters, the McLaren Technology Centre, James Banks, who heads the Bespoke Cars division in McLaren Special Operations pointed out a bare carbon fiber P1 the company was preparing for delivery.

He mentioned off-handedly that it would be possible to do the same thing to a 675LT with the replacement of that car’s non-carbon fiber components. Come June, McLaren confirmed that, indeed, the MSO division would build 25 all-carbon 675LTs. Alas, all 25 of the cars were pre-sold.

Now, the finished product is complete and McLaren is delivering the first of the black beauties. Technicians substitute fully 40 percent of the 675LT’s bodywork that wasn’t already carbon fiber with the bare black weave material to produce this stunning result.

What hasn’t changed is the devilish 666 horsepower delivered by the 675LT’s twin-turbocharged 3.8-liter V8 engine or its 203-mph top speed. Here’s hoping the 25 fortunate buyers do the car justice and sample that performance from time to time.