The electric mini-car has a real infotainment system and a surprisingly affordable price tag. 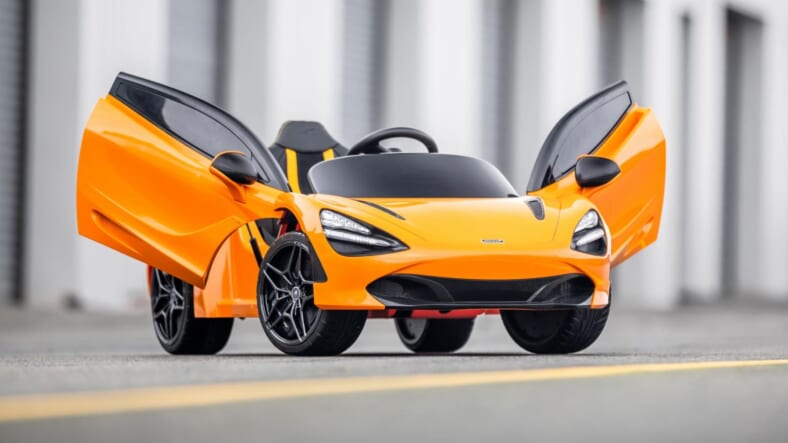 Auto-obsessed dads can now gift their little gearheads with a miniature electric supercar courtesy of McLaren.

The British luxury automaker is selling a tot-sized, topless version of the Super Series’ 720S coupe. And unlike the toy EV that Bugatti is hawking for an outrageous $34,000, the McLaren 720S “Ride-On” is actually affordable at just under $400 (£315).

In place of a twin-turbo, 4.0-liter V8 is a key-operated electric motor with added engine sounds to appease little ears. Kids can control work the brake and accelerator pedals themselves, or parents can intervene via remote control if necessary.

What’s really wild is that the dash has a real infotainment system with inputs for a USB drive or SD card that can be used to upload music or a short video. The screen also displays key info like battery life to “allay any toddlers’ range-anxiety,” a press release states.