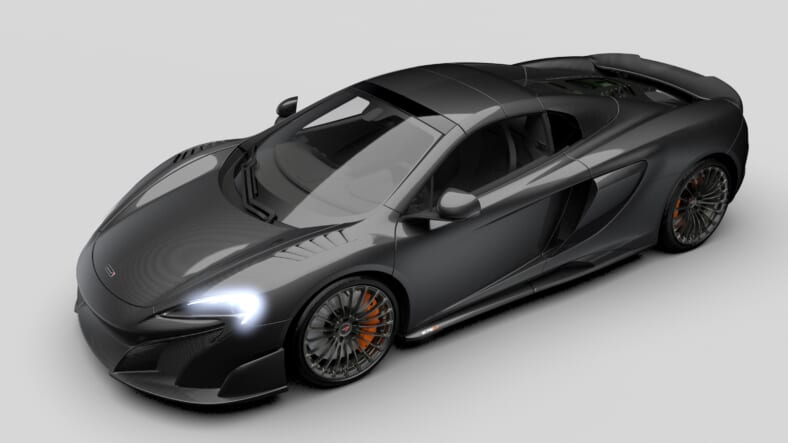 McLaren’s badass bespoke division McLaren Special Operations has come out with another killer custom carbon fiber supercar, with all 25 units sold to its best customers well before the public announcement was made.

The MSO Carbon Series LT was born after McLaren customers went wild – in a gentlemanly sort of way – for the one-off custom “naked” blue carbon P1 Hypercar displayed at the Geneva Motor Show in March.

The MSO Carbon Series LT is a nod to the “Longtail” look established by the eye-popping McLaren F1 in the late ’90s. The Carbon Series LT was developed with a focus on light weight and optimized aerodynamic performance and features a gloss carbon fiber finish to the entire body.

As on the already impressive 675LT Spider, the front bumper with larger splitter and end plates, front under body, side skirts, side intakes, lower side intakes, rear bodyside lower, rear fenders, rear deck, rear bumper, diffuser and “Longtail” Airbrake are all fashioned from carbon fiber but with a gloss finish revealing the inherent weave of the material.

In total, the MSO Carbon Series LT features around 40 percent additional carbon fiber parts over the standard car, of which the original 500 unit production run sold out in weeks after the its debut in December 2015.

McLaren specifically doesn’t sell their limited edition cars to “flippers” however, so don’t think you’ll be able to pick one up on the secondary market next year.

Just smile and wave when one blows past….