This iconic off-roader just got rougher and tougher. 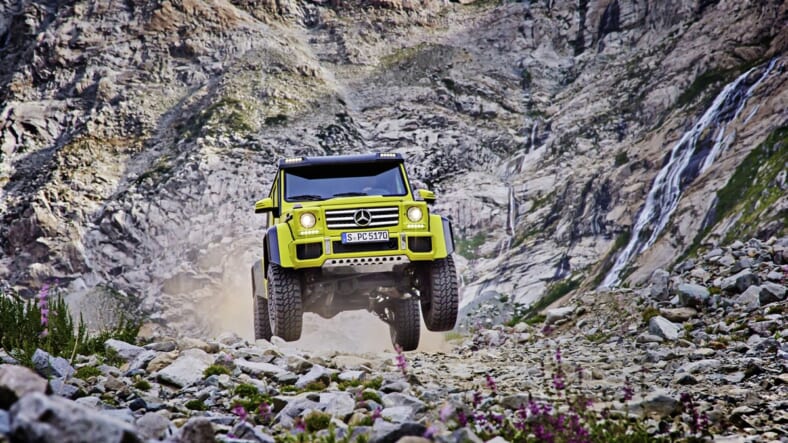 In case a truck that was created as a military machine and improved for 45 years isn’t already awesome enough, Mercedes-Benz has increased the off-road awesomeness of its iconic G-Wagen for 2017 with innovative axles that raise its ground clearance higher than ever before.

The 2017 G550 4×4² uses “portal axles” that have gearsets on their ends that drop the spinning force down to lower-mounted wheel hubs. This jacks up the G550 to new heights and also spaces the wheels wider apart for a wider track and increased stability.

The portal axles increase the G550’s approach and departure angles, letting it attack slopes as steep as 51.6 degrees without scraping on the approach and to drive off of 43.8 degree slopes without dragging its bumper or hitch. Previously, 30 degrees was the maximum for the G-Wagen.

As before, the G-Wagen continues to offer locking front, center and rear differentials, which means that all four wheels turn at the same speed. In this configuration it is nearly impossible to steer, but the Mercedes can practically climb a tree.

Pricing and other final details haven’t been set yet, because the G550 4×4² doesn’t reach US showrooms until early 2017.