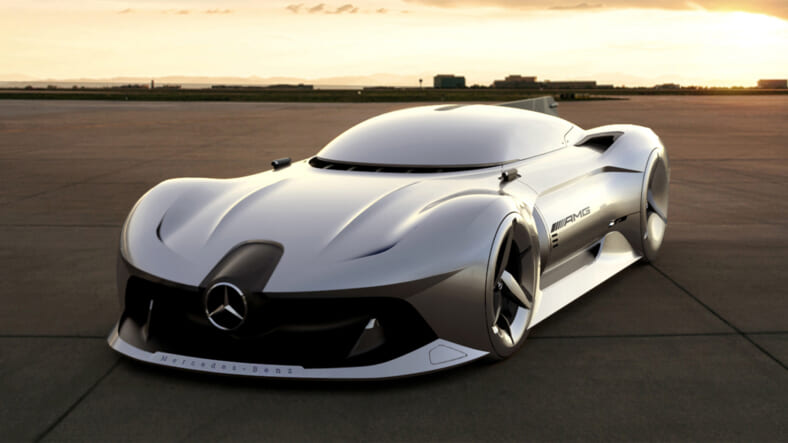 Korean designer Minwoong Im has some ideas of how Mercedes should resurrect its legendary W196 “Streamliner” grand prix racer of 1954. Come 2040, the famous racer should return using a jet engine for power, he proposes.

His thinking is that, by that time, population will be extremely concentrated in cities that are distant from one another and people will need a high-speed alternative to airlines to make journeys between them. Enter the autonomous jet car.

Back in ’54, as now, grand prix racing cars were open-wheel, open-cockpit machines. Those spinning tires create significant aerodynamic drag, and at that time rules did not prevent Mercedes from building a version of their race car with bodywork that enclosed the wheels for reduced high-speed drag. The result was the original W196.

Im’s tribute to that car also uses enclosed bodywork to reduce drag, but now for the purpose of high-speed inter-city transport on superhighways. Im doesn’t predict a top speed, but this jet car is expected to reach 400 mph, for comparison.

We don’t know whether the twin jet engines are a practical idea, but we can be sure that their exhaust would reduce tailgating problems.