The upcoming Mercedes-Maybach GLS beat out the previous record holder, the Acura NSX. 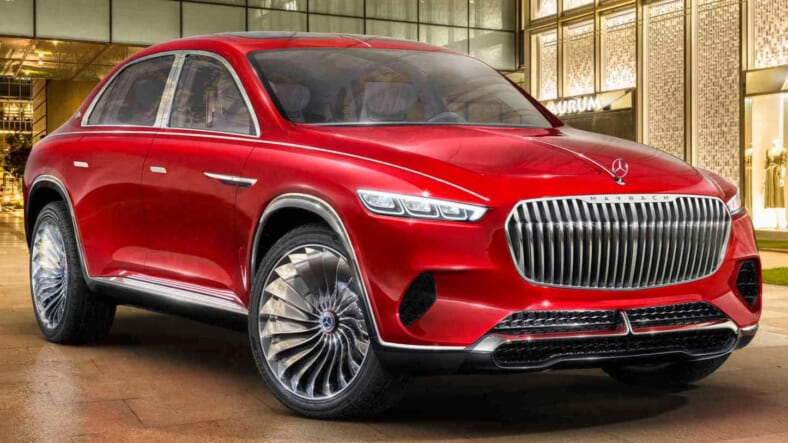 Mercedes is making an ultra-luxe Maybach edition of the  GLS that will be most expensive car built in the United States.

If that prediction is correct, that would make the Maybach GLS the highest priced ride made in America—about $40,000 more than the previous record holder, the Acura NSX.

Automotive News first confirmed that the GLS would be getting a top-end treatment from the German automaker’s premium branch in an interview with Mercedes-Benz USA CEO Dietmar Exler. Both versions will be built at the Mercedes factory in Vance, Alabama.

C&D also has a pretty good idea of what it’ll look like. Though no official images have been released, the auto outlet claims that images of the “Vision Ultimate Luxury” concept that debuted last year offers a preview of what to expect—just imagine it with some different lines and extra cues from the current GLS.

Exler added that he believe “there is room” for the Maybach marque to expand, so Mercedes may even break their own record by manufacturing, say, a Maybach G-Wagen in the U.S.

We’re all for it.