Buckle up, its gonna be a bumpy ride. 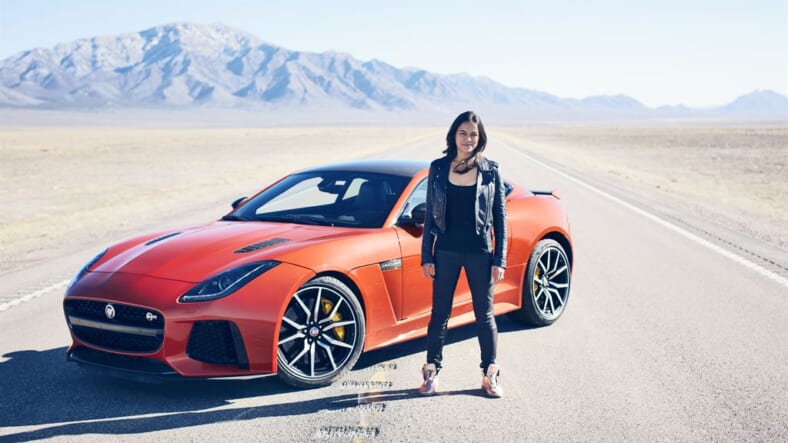 Rodriguez, who plays “Letty” in the popular street racing franchise, was still revved up after reaching her lifetime top speed.

“Driving this car was insane!” she said in a Jaguar statement. “It was refreshing to be able to take myself beyond my limitations, going that fast is a big responsibility but the experience in this car was more graceful than anything I’ve felt before.”

Watch the video to see just how fast and furious Rodriguez got behind the wheel. It might be more legit than anything we’ve seen to date in the multiplex mega brand.