Corvette Is Unleashing A Supercar in 2019 Codenamed ‘Emperor’

The mid-engine C8 aims to take on the likes of Ferrari and Lamborghini. 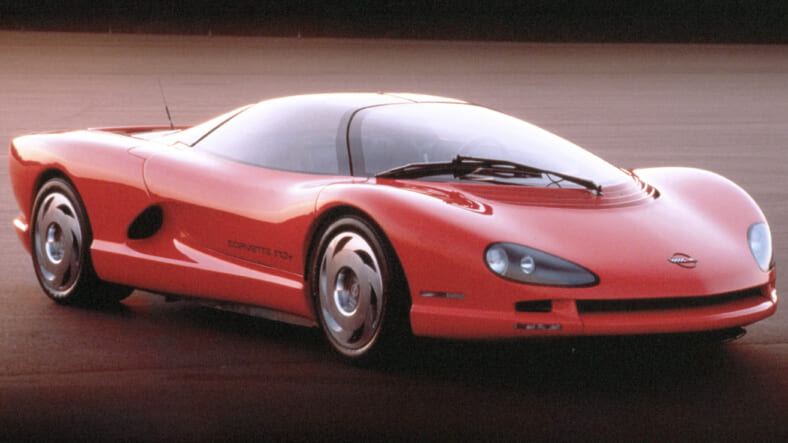 Mid-engined Corvettes have been mused since the 1960s, when Chevrolet showed concept cars with the engine behind the seats instead of under the hood. It has actually been planned for production twice, and killed both times.

In the 1970s, Chevy wanted to move the Corvette to a mid-engine design with a rotary powerplant replacing the V8, but GM engineers could never make the rotary engine reliable enough to sell to the public.

Then in the mid-2000s, GM was again aiming to take its flagship upmarket, but the economic crash of 2008 and the company’s subsequent bankruptcy squashed those plans.

Now, however, the Corvette Z06 has wrung the absolute limits of performance from the current car’s body-on-frame chassis and front-engine layout. For more speed, the engine needs to move rearward in the fashion of Formula One cars and the hottest sports cars from the likes of Ferrari, Lamborghini and McLaren.

If any more incentive were needed, Chevy’s cross-town rival, Ford, has launched a new edition of the GT supercar to huge acclaim an on-track success. The Corvette team was no doubt bitter about their defeat at Le Mans this year and is itching for a better weapon.

According to the Detroit News, relief is on the way, in the form of an all-new mid-engine Corvette scheduled to arrive in 2018 as a 2019 model. The News says the new car is code-named “Emperor.”

It will be the eighth generation Corvette, the so-called “C8,” and will phase in as a limited edition model above current C7 editions, which will continue through 2021, when the whole Corvette line will migrate to the C8 design.

GM is also reportedly considering using the C8’s chassis as the foundation of Cadillac model, as it did with the C6 Corvette, producing the short-lived Cadillac XLR.

The switch to a mid-engine layout will alter the Corvette’s fundamental long-hood proportions and potentially make it poster pin-up material for teenagers the way Italian exotics are. This might not influence purchases immediately, but over time, it will nudge the age of Corvette buyers downward.

The Detroit News reported that “The median age of the Corvette buyer got three years older while I was there, which scared the hell out of us,” according to Tom Wallace, Corvette’s chief engineer from 2006 until 2008.

We can’t wait to see the real version as it nears production, but for now we’ll have to use our imaginations.