The Electric 3-Wheeler From Morgan Is Finally Here, And It’s the Hottest Car/Motorcycle Hybrid Ever

Just look at this thing. 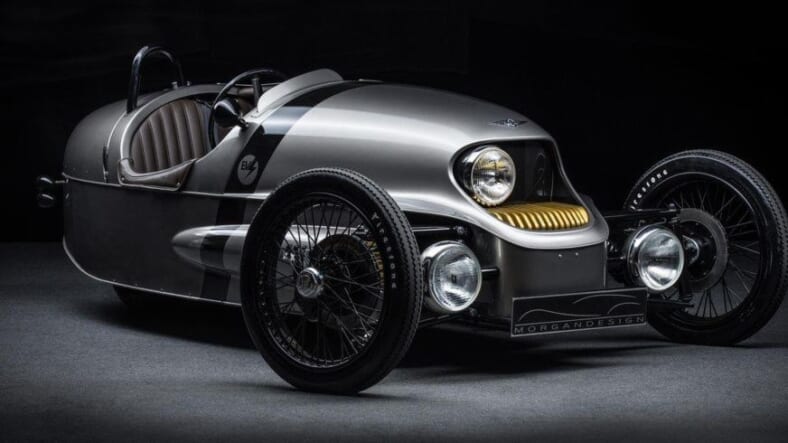 We’ve already told you, if you want the thrill of a motorcycle and the ease of a car, look no further than the eye-popping Morgan EV3. Now, it’s closer than ever to pulling up at a valet near you.

As Road & Track reports, after having some issues with their previous supplier, Morgan has joined with Frazer-Nash Energy Systems in order to put the split-personality vehicle into production in 2018.

So what’s beneath that retro-chic exterior? Road & Track breaks it down:

The Morgan EV3 will have a range of 120 miles while promising “the same exhilarating driving experience as the gasoline version.” Morgan also says that with the new drivetrain, the EV3 will have “greater performance with rapid charging technology, proven reliability, a lower center of gravity and greater acceleration over and above what was previously expected.”

The tech jammed into the 3 Wheeler’s tubular space frame includes a 21 kWh lithium-ion battery pack, and a liquid-cooled 46.5 horsepower (56 hp at peak) Frazer-Nash A010229 motor driving the rear wheel.

While 56 horsepower may not sound like a lot at first, Morgan has replaced the 3 Wheeler’s aluminum body panels with carbon fiber ones, pushing the EV3’s weight below 1100 lbs. Add instant peak torque to that picture, and start smiling.

In other words, it’s light, it’s fast, and you can bet that no one else on the block will have one.