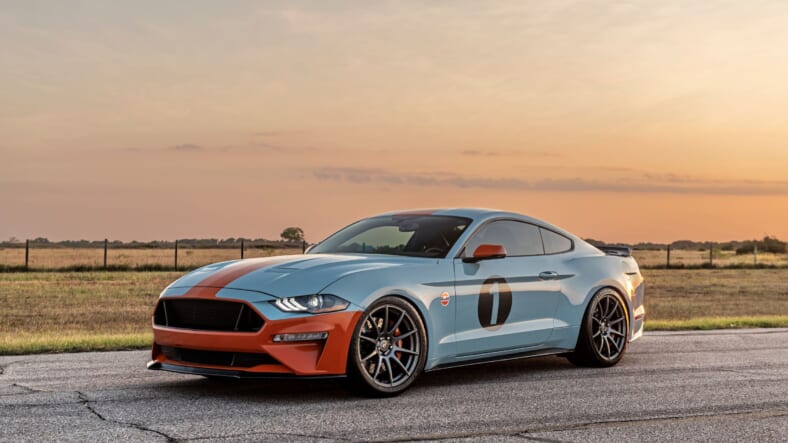 The 2020 Ford Mustang Shelby GT500 will be the most powerful production ‘Stang ever when it arrives with 760 horsepower, but that title means little in the world of crazy customs.

The pony car also gets sky-high price tag of $139,995, making it the most expensive new Mustang available right now, as The Drive Notes.

You see, Gulf Oil has given Brown Lee official license to use the gas company’s blue and orange racing livery, an iconic colorway that was donned by Ford’s 24 Hours of Le Mans-winning race cars in 1968 and 1969.

Gulf badges are also embedded in an owner’s choice of Recaro or standard seats, and special serial-numbered plaques on the dashboard and engine bay denote which one of just 119 examples you’re driving.