It’s Official: Toyota Is Readying the New Supra For Showrooms

This is the best guess at what it’s going to look like. 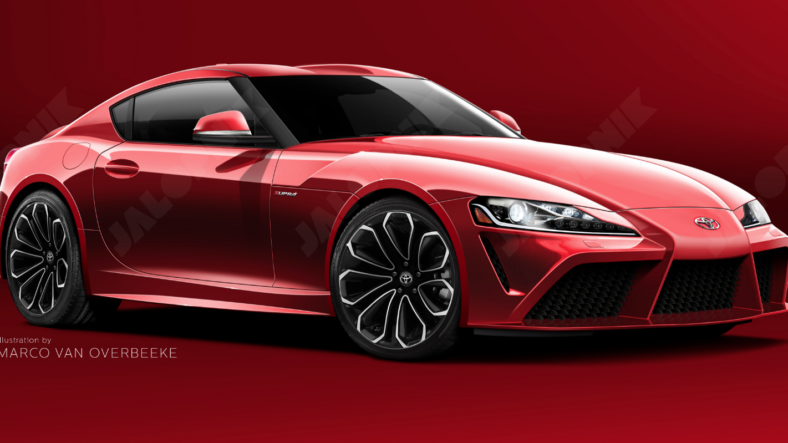 The car fanatics over at Jalopnik got impatient awaiting the official unveiling of the hotly anticipated new Supra, so plying inside sources with wine, women, money (or some combination thereof), they’ve been able to get a clear idea of what the upcoming Japanese sports car looks like. A conversation with designer Marco Van Overbeeke then produced the above rendering of the car’s expected styling.

Now, this process suffers from the inherent weakness of the old game of telephone, where a line of people each pass along a message until after a few retellings it becomes unintelligible. And even experienced police sketch artists can struggle to reconcile a victim’s description with an accurate depiction of a suspect’s appearance. But since Toyota’s mum on the Supra, this is what we have, thanks to Jalopnik.

The recent Chris Doane Automotive spy photo of the camouflaged prototype and this render show that the car continues styling themes first shown by Toyota in the FT-1 concept car in 2014.

The one specification that has fans most anxious is Toyota’s choice of engine. The Supra historically employed a fan-pleasing inline six-cylinder engine. Toyota relies exclusively on V6 engines now, but BMW is Toyota’s partner in developing the car’s chassis, and that company has preserved its inline six-cylinder heritage, so it could potentially provide an historically correct engine type for the project.