Ferrari Just Made a Decision that Will Make Purists Extremely Happy

Hint: It’s all in the sound. 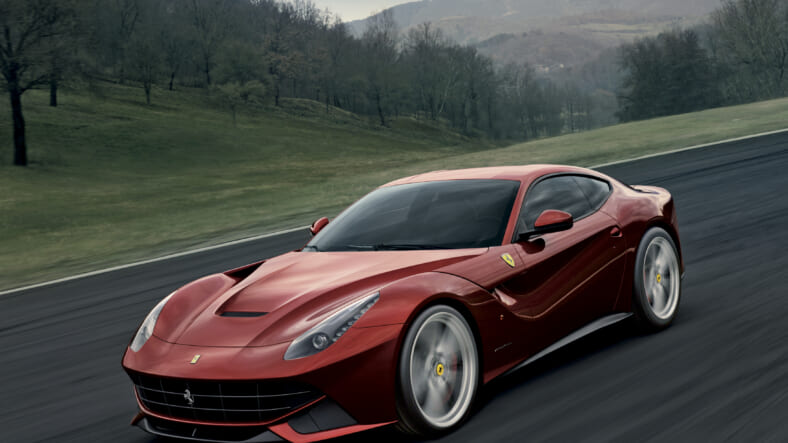 Gearheads know there’s nothing like the sound of a V12 engine. The intake and exhaust notes of what is effectively a pair of perfectly balanced inline six-cylinders sing a duet, with the second one providing a reverb effect from the split-second delay of its 65 degree separation from the first as the crankshaft spins through its orchestral firing order. It’s mechanical poetry.

While smaller engines with fewer cylinders that are pumped up by turbocharging do produce some prodigious specs, the cost is a less invigorating soundtrack compared with machines blessed with 12-cylinder magic.

The good news for fans of the mighty 6.3-liter V12 under the hood of Ferrari’s beguiling f12 coupe is that the Prancing Horse boys have decided to retain this bewitching powerplant for the f12’s replacement in 2019. That’s according to the insiders at Germany’s Autobild magazine.

The current engine is already the International Engine of the Year, and this new engine will crank out 800 horsepower, an appreciable increase from the f12 Berlinetta’s 731 horsepower and the f12tdf’s 770 horsepower.

Motor Trend adds that while the f12’s replacement isn’t likely to debut with any kind of hybrid-electric drive system, it will be designed to accept the technology. With an electric assist, this classic front-engine V12 coupe could even top the performance of the LaFerrari.

Even if it doesn’t, it will sound wonderful trying.