Pininfarina’s H2 Hydrogen Hellion is the Future of Supercars

This glorious 186 mph beast is embarking on a blistering tour of Italy. 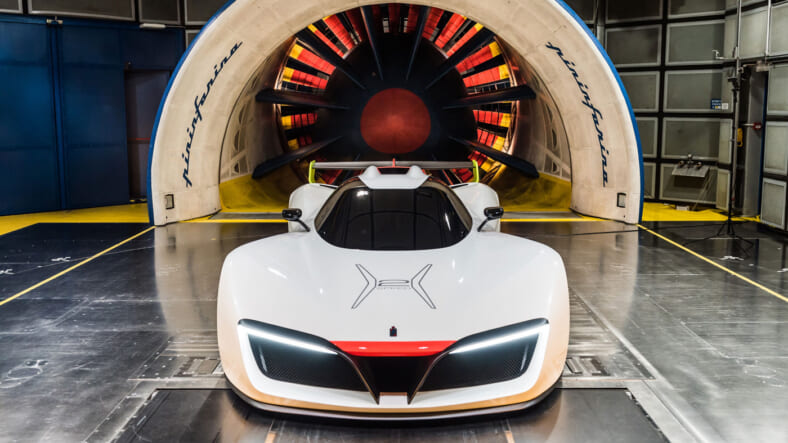 Forget hybrids or even electrics. Iconic Italian design house Pininfarina, which has created the most incredible Ferraris, Lamborghinis and Maseratis over the past 80 years has seen the true future of supercars, and it’s hydrogen.

Just get an eyeful of their zero-emissions hydrogen rocket ship the H2 Speed, named the Best Concept at the 2016 Geneva International Motor Show which just made a VIP appearance at the Concorso d’Eleganza Villa d’Este in lake Como. The H2 Speed is now on its way to Liguria to take center stage at the inaugural Concours d’Elegance Pininfarina, honoring the marque’s most iconic designs.

And it’s going to get there pretty damn fast thanks to a 503 hp powerplant that can boost it from 0-62 mph in 3.4 seconds and blast all the way up to 186 mph – all while spitting out nothing more noxious than water vapor.

Pininfarina has said it hopes to build 10 of them in the near future, which reads as an open invitation for certain well-off gents to get their checkbooks out. Our money says all 10 will be sold out before the H2 Speed gets halfway home….