Check Out These Crazy Pirate Ship Cars For Sale On Craigslist

Indulge your inner Blackbeard with these wild custom rides. 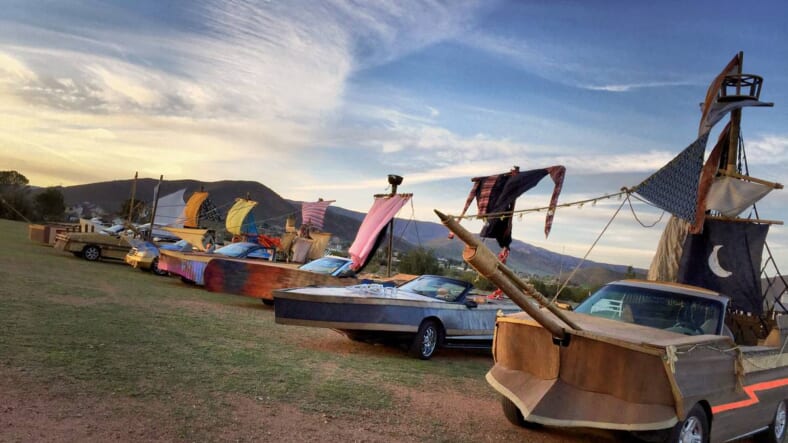 Suburban ennui will be forced to strike its colors and prepare to be boarded in the face of an onslaught from this pirate fleet of converted cars currently offered for sale on Craigslist Los Angeles.

The cars were built by Footprint Productions for an upcoming low-budget flick called Street Ships, in which bored suburban teens shake up their neighborhood by turning their cars into wannabe seafaring vessels.

“When they hit 16, their imaginations flood over to their cars,” explains screenwriter John O.S. Houston on the movie’s IMDB summary. “No street is safe as Alex, Jenna, and a whole crew of teenagers modify their cars into “Street Ships” and tear avenues apart with pirate battles.”

This crazy pirate fleet were all built as movie props, and as such, are not street legal. However, they’ve all been inspected by an experienced art car builder who can provide plans on how to upgrade each of them to legal status.

Because wouldn’t it be great to drive one of these freak shows around without getting a ticket?