This Super-Rare Porsche 911 Racer Is Not Only Street Legal, It’s For Sale

It’s one of the fastest Porsches ever built. 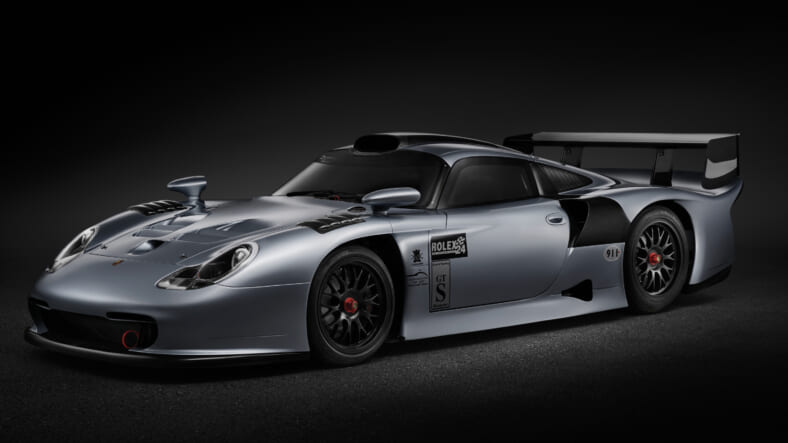 The ultimate Porsche 911 race car is set to cross the auction block on May 14 at RM Sotheby’s Monaco sale, where it’s expected to bring in up to $3.3 million – making it one of the world’s most expensive Porsches.

During an exceptional racing career the car, based on the 993 iteration of the iconic 911, racked up 13 wins to its name from 31 starts, including three victories at the Canadian GT Championship from 1999-2001.

It also competed in the epic Rolex Daytona 24 Hours of Daytona race, and is believed to be one of the only ex-race cars with road registration in existence – meaning you can take it to pick up groceries if you’re so inclined. Hey, it would definitely turn lots of heads at Whole Foods.