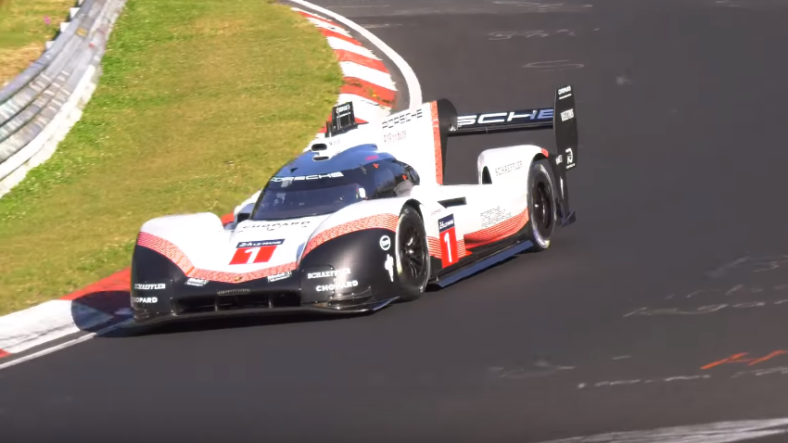 On Friday Porsche brought its powerhouse 919 Hybrid Evo to the legendary Nürburgring Grand Prix racetrack to meet a challenge set by a legendary automaker: breaking the 35-year-old lap record of 6:11.13.

The 919 did just that, demolishing the standard originally set by… Porsche. You can get a feel for what it was like in the video above. Be warned: it’s pretty wild.

This wasn’t just a few seconds faster. The Hybrid Evo broke the old record by 52 seconds in its dizzying 12.94 mile run. Total time: 5:19. It averaged a mind-boggling 145 mph.

It might seem amazing that the record stood this long, but as Jalopnik reports, it was set by an uncommonly talented driver, Stefan Bellof.

Jalopnik writes that “Bellof set his untouchable lap in qualifying for the [1000km Nürburgring endurance] race, so the only actual mention of his record 6:11.13 time was on a qualifying results page. Bellof’s Porsche 956C was later totaled during the race after Bellof also set the fastest in-race lap of 6:25.91.”

By setting this benchmark, Porsche is perhaps issuing a challenge to others. While Bellof’s record was basically incidental, performance milestones are a much bigger deal today. It’s likely other hypercar makers are already lining up to take on the legendary track in hopes of leaving Porsche in the dust.

Looks like they’ve got their work cut out for them.