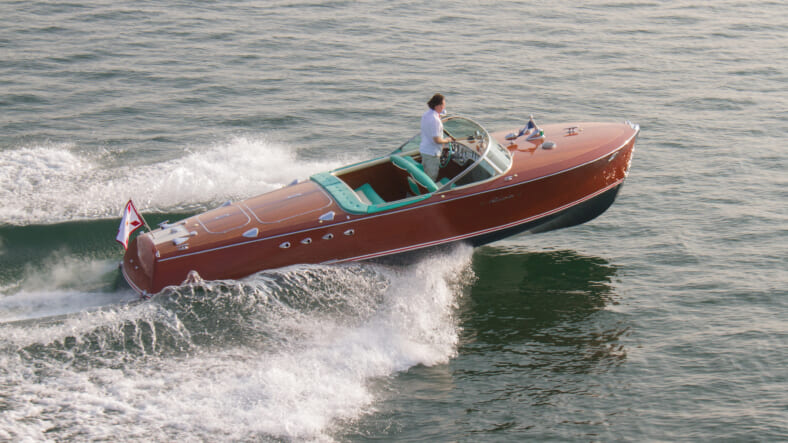 Iconic Riva speedboats have been the epitome of luxurious Italian Riviera style since the 1950s, with famous owners including Feruccio Lamborghini, Sean Connery and Brigitte Bardot – floating Ferraris if you will.

Now one of the original models from 1958, owned by Prince Ranier of Monaco, is being offered for sale at RM Sotheby’s Villa Erba auction in Italy on May 25.

The classic mahogany speedster was given to the Prince by a business tycoon friend who special ordered the hand-built craft, dubbed Via. It was powered by two Chris-Craft MCL 5.5-litre six-cylinder engines, each capable of 175 hp at 3,400 rpm.

The royal was often on the boat with his movie star wife, Princess Grace, and Via “served as the prince’s flagship in keeping with naval etiquette and protocol,” RM Sotheby’s notes, flying both the flag of Monaco and Prince’s personal burgee.

Rainier eventually added other Rivas to his fleet but the Tritone always had pride of place. A number of years ago a later owner had the boat restored to its original grandeur, which took several years to complete, including a full rebuild of both engines, and the craft is now in concours condition.

While the auction house hasn’t released a dollar figure for it, we estimate it could sell for around $1 million, making it one of the most expensive and exclusive classic powerboats in the world.

And ready for your own Grace Kelly to ride shotgun…