A ‘Vette V8 makes this custom Defender even more awesome. 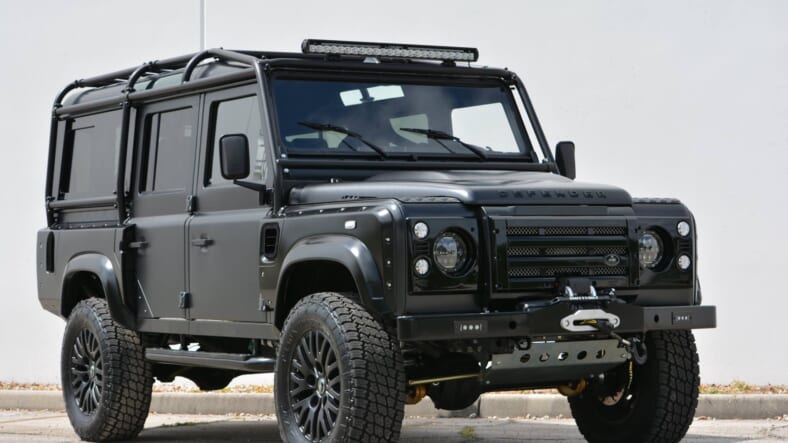 The mad geniuses crammed a 430-horsepower 6.2-liter small block V8 engine from a Corvette into a Land Rover Defender 110, an upgrade that lets this off-road monster rocket to 60 mph in seven seconds when it is on dry pavement.

Naturally, the Beast has received suitable reinforcements to help the 1985 Defender withstand the fury of a Corvette under the hood.  That meant installing Ashcroft drive shafts and limited-slip differentials front and rear.

Tarox brakes ensure that the giant 4×4 stops when the time comes. Underpinning the Beast is an all-new frame, built by East Coast Defender, and aftermarket Terrafirma Suspension, so drivers know there’s no ancient steel waiting to fail them under its black sheetmetal.

Here’s the view other off-roaders are likely to get, as The Beast motors into the distance, courtesy of its Corvette powerplant.

Good luck staying on its tail.