We can get on board with this. 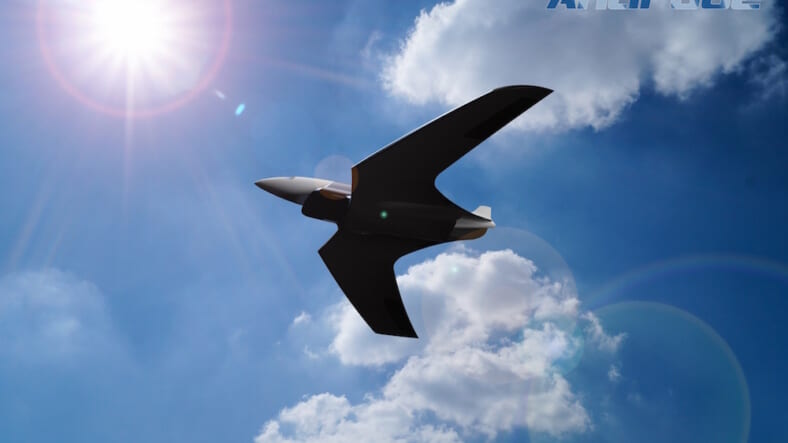 It’s been over a decade since the Concorde was retired from our skies. The supersonic passenger jet could barrel across the Atlantic, from New York to London in just three and a half hours—a feat that takes commercial planes around eight hours to complete.

But the Concorde is so passé.

Canadian engineer Charles Bombardier just unveiled his design for “The Antipode,” a high-reaching jet concept that could transport you from New York to London in a mind-boggling 11 minutes.

The proposed aircraft, which is built for 10 passengers, is meant to reach heights of 40,000 feet and would likely zip through space-time itself at 12,430 miles per hour.

To keep the whole thing from burning to a crisp, it’s got flowing jets of air on leading edges to reduce heat and sonic shockwaves. We don’t really know how all this is possible, but we’re totally on board with the idea.

Our curiosity is certainly piqued; however, it’s regrettably just a fun design without any real financial backing. Bombardier released the design along with his non-profit Imaginactive, which circulates similar viral-minded proposals across the Internet.

But things could potentially take off with some investor support.

Check out some mock-ups of this bad boy below: