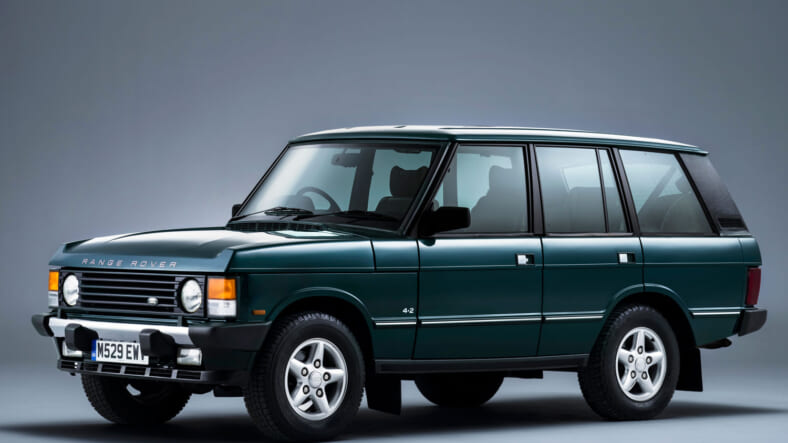 Since its debut in 1969, Land Rover‘s Range Rover SUV has preserved some distinctive attributes that help anchor the off-roader to its roots as an agricultural and military machine.

To underscore that lineage and the current Range Rover’s authentic connection to those earthy vehicles, Land Rover compiled a 90-second video showing the evolution of the design as it became the baller car it is today.

Notice that the now-ubiquitous four-door body style didn’t even appear until 1991. Until then, all Range Rovers were two-doors.

Despite the continuous evolution toward comfort, today’s Range Rover is a more capable off-roader than ever, thanks to the amazing advance of technology. The video of one tearing through a downhill ski run serves as a reminder of both its incredible capability, and the driver’s incredible bravery.

You can buy one of that attributes at the Land Rover dealer. You’ll have to cultivate the other yourself.