Hey, it was fun while it lasted. 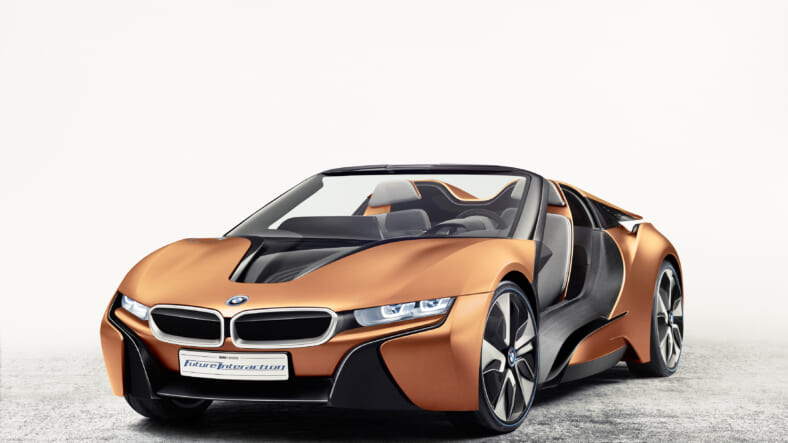 The rear-view mirror was invented in 1911 and it seems like carmakers have been trying to kill them off ever since. Ray Harroun, winner of the first Indianapolis 500, created the rear-view mirror to eliminate the need for a “riding mechanic” who acted as a ride-along spotter of competitors.

But the glass reflectors stick out into the wind, creating drag and stirring up wind noise, so carmakers and their parts suppliers have been working hard to replace the humble rear-view mirror with tiny cameras and video displays.

Chrysler, Ford and General Motors first showed concept cars without outside mirrors in 2000, as part of the government’s Partnership for Next Generation Vehicles. GM’s 80 mpg Precept diesel-electric concept was viewed as the most advanced of the concepts.

“There are no blind spots in this camera monitor system,” noted Alfred Eckert, director of the advanced engineering department in Continental Automotive Systems’ Chassis & Safety Division.

“The effects of unwanted optical phenomena such as glare and weak light can also be compensated. By eliminating the [outside] mirrors, we have created an additional benefit, because the vehicle’s air resistance is reduced.”

It makes as much sense as mandating a modem in every computer, but until the law catches up with the technology, we’ll continue to read “Objects In Mirror May Be Closer Than They Appear” stenciled on the glass of our cars’ right-side mirrors.