Its 0-60 time is better than some supercars. 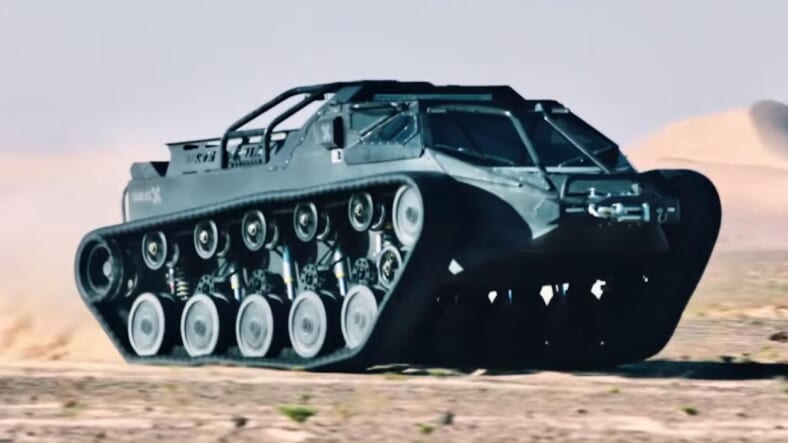 Forget supercars—what the world really needs is a supertank, and Ripsaw is happy to oblige.

The “EV” in its name denotes “extreme vehicle,” not an electric motor. The specific model Hammond is powered by a massive 6.6-liter V8 that produces 700 horsepower. All that juice gets it up to a top speed of 62 mph in just 3.2 seconds.

That’s considerably quicker than the Urus, the recently unveiled crossover SUV Lamborghini hopes will be the fastest in its class.

And because this supertank is made for public recreation, it’s been outfitted with a suspension that won’t buck you around and a high-end interior.

The Ripsaw EV2 will set you back $400,000—not too bad considering it can literally crush any other vehicle at that price point.

Learn more from Ripsaw, and check out more photos in the gallery above.