The Accel will travel up to 200 miles at 300 mph with zero emissions. 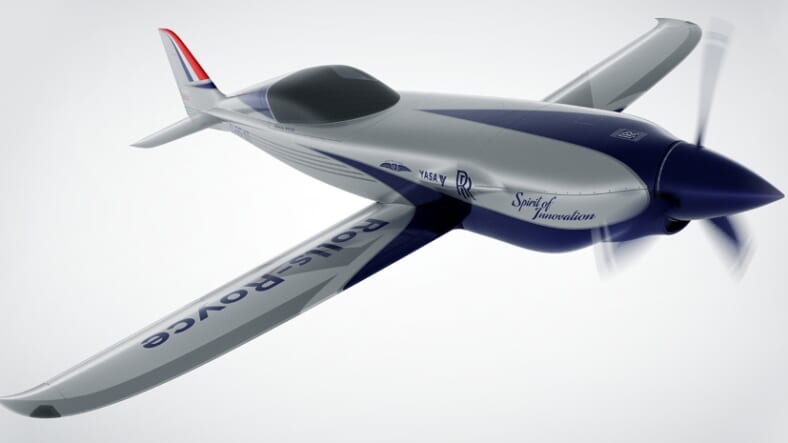 “In the future, everything will be electric” is a statement more true today than it was when someone said it around the time Thomas Edison was (allegedly) stealing ideas from Nikola Tesla. If someone said it then—we don’t actually know if they did or not, it just seems like a plausible guess.

But it’s true, no matter what. Electric cars seem more commonplace than ever, and if Rolls-Royce succeeds, the electric Accel will soon be the airborne equivalent of a Tesla Roadster. With greater speed than any previous all-electric plane plus good enough range for significant regional flights, it’s almost an inevitability.

Via Robb Report, we know that the legendary luxury car maker is, in partnership with the British government, at work on a “zero-emissions plane is expected to make a run for the record books with a target speed of 300+ MPH.”

“Inside a bustling hangar bay at the far end of Gloucestershire airport in South West England,” reads the Rolls intro to the Accel, “a team of British engineers, designers, and data specialists recruited from across Rolls-Royce and beyond have set out to make history.”

The name Accel (or ACCEL, as Rolls-Royce styles it), stands for “Accelerating the Electrification of Flight.” They are not kidding about the “accelerating” part, either, since the previous speed record of 210 mph for an electric plane is sluggish compared to that 300+ mph goal.

The Accel is not some pie-in-the-sky dream fit for the Jetsons, it’s very real and will be in the air soon, according to project manager Matheu Parr, quoted on the plane’s home page:

This plane will be powered by a state-of-the-art electrical system and the most powerful battery ever built for flight. In the year ahead, we’re going to demonstrate its abilities in demanding test environments before going for gold in 2020 from a landing strip on the Welsh coastline.

For finer technical details, click through and read on.

Otherwise, wait a few years then look up. It seems like a good bet that the Accel and other planes with similar designs will one day dominate the skies.