Can the Most Powerful Rolls-Royce Ever Made Civilize the Most Hated Road on Earth?

We drove the $416,000 Wraith Black Badge across the Long Island Expressway to find out. 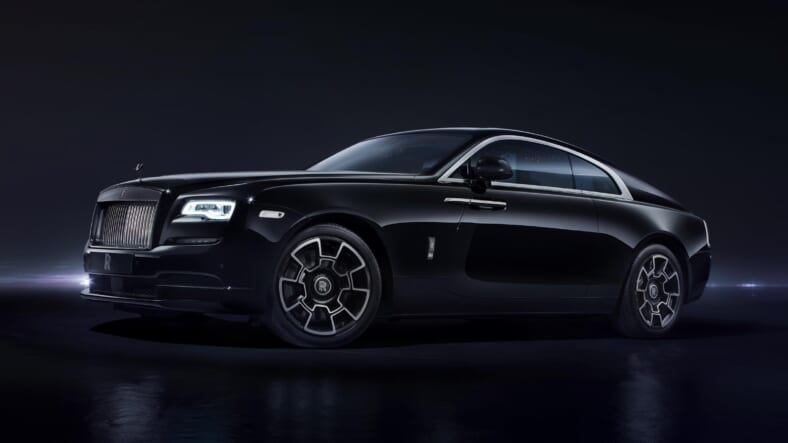 Since 1904, Rolls-Royce has stood alone as the world’s ultimate luxury car manufacturer. Now, for the 2017 model year, the legendary British company has unleashed its most desirable motorcar yet—the special-edition Wraith Black Badge. Between the sleek coupe’s athletic lines, merciless V12, bespoke design elements, and unparalleled interior appointments, it is like nothing else on the road. And, considering its $416,000 price tag, only a few lucky souls will ever be able to possess one.

Since 1956 the Long Island Expressway has maintained its reputation as one of the world’s shittiest roadways. A seemingly endless hellscape of bumper-to-bumper traffic, skull-rattling potholes, and overzealous cops, Interstate 495 has long stood as the bane of commuters and vacationers alike hoping to traverse the land of pizza, bagels, and Billy Joel.

But suppose someone had access to the Rolls and a desire to check out wineries on the Island’s North Fork, what then? Can the Wraith Black Badge tame the LIE’s 70+ miles of abject awfulness? Let’s find out.

It doesn’t matter what time of day you set off on the LIE—you will hit traffic. Sure, you can try to avoid the hours when a Mets game is letting out or you’ve heard about a jack-knifed tractor trailer on 1010 WINS, but such attempts are generally fruitless. Oh, and the idea of a clearly defined rush hour? Totally non-existent.

There’s a certain level of interior opulence you can expect from any Rolls—the finest leather, the richest oak, umbrellas hidden in the front fenders—but the special-edition Black Badge somehow takes everything up a notch. You’re not going to be worrying about honking traffic when surrounded by aerospace-grade aluminum-threaded carbon fiber, the same material used on the surfaces of stealth aircraft.

And you’re far less likely to give some jerk the finger when being soothed by the moody light cast from the black starlight headliner that can be customized to match your particular Zodiac constellation. We’re serious.

Listen, we’re not saying that the LIE is full of potholes starting at the Midtown Tunnel and lasting all the way through Riverhead. In fact, large segments of the road are actually quiet smooth. But that’s what makes the horrible highway even more insidious; just when you think you’re in for a smooth ride—bang! That’s your melon bouncing against the starry roof.

The Wraith Black Badge redefines any concept you have of a “smooth ride.” Have you ever driven through a vat of pudding? Us either, but we’re pretty sure this is what it’s like. Besides the totally seamless 8-speed transmission (wait, did we just downshift?), the car’s upgraded intelligent air suspension system allows you to maintain Rolls’ signature “magic carpet ride” over any surface—even the stretch of LIE where it intersects with the equally craptastic BQE.

Whether NYPD, state troopers, or local Nassau or Suffolk County police, Johnny Law is out there waiting to pull over anyone who creeps over the criminally low maximum speed of 55 mph. (For Seinfeld’s sake, even the Jersey Turnpike lets you go 65!)

Solution: Ability to outrun them

OK, so we did not attempt to outrun any cops when we were behind the wheel of our borrowed Wraith. However (assuming they didn’t bust out the choppers), we surely could have. The twin-turbo 6.6-liter V12 has enough power—624 horsepower and 605 lb.-ft. of torque to be exact—to move the 2.5-ton beast from 0 to 60 in 4.3 seconds all the way to a (limited) top speed of 155. Worth noting: The Suffolk County Sheriff’s Office Correctional Facility is just off the eastern end of the expressway.

While the Wraith Black Badge doesn’t stick out like, say, a Lamborghini or even a Hellcat, there are plenty of gearheads on the road who know exactly what you’re piloting. On Strong Island, the majority of these folks will have mullets, chains and a lack of inhibitions about pulling up right next to you at highway speed, honking, and rolling down the window of their “classic” IROC-Z in an ill-conceived attempt to joke, “Yo, Jeeves, pass the fuckin’ Grey Poupon!”

This one is an easy fix—just give those gavone the attention they’re looking for! Slow down a bit, smile, and offer a hearty thumbs up. Sure, they’d rather you pull over, pop the hood, and have you pull out the dipstick, but they won’t be offended as long as you acknowledge them. (Bonus points if you shout out that you bet their late-’80s muscle car could probably “take” you.)

Problem: It never seems to end

It’s almost entirely straight and only 70 miles across, but thanks to all the above-mentioned factors, 495 often feels like the road that never ends—especially when you’re travelling clear across it. The lack of rest stops, landmarks, and really any sense of place other than exit numbers only adds to this dreary sense that you’re commuting on the HOV lane through one of Dante’s seven circles of Hell.

Solution: It actually does

Not only does the Long Island Expressway end, it does so in one of the most beautiful areas of New York State. The North Fork of Long Island is the hipper, less pretentious counterpart to the Kardashian-soaked South Fork (aka the Hamptons). The picturesque tree-lined roads are dotted with farms, restaurants, and—most importantly—multiple world-class vineyards.

When we pulled into our destination, the Duncan Inn in Jamesport, we were very happy to be mere steps from four different wineries. Making the journey in the Wraith Black Badge was nothing but a pleasure, so what better way to toast the incredible vehicle than downing bottle after bottle of local vino… while it remained safely parked for the night, away from prying guido eyes.