The Rolls-Royce Wraith ‘Overdose’ Is A Killer Custom Ride 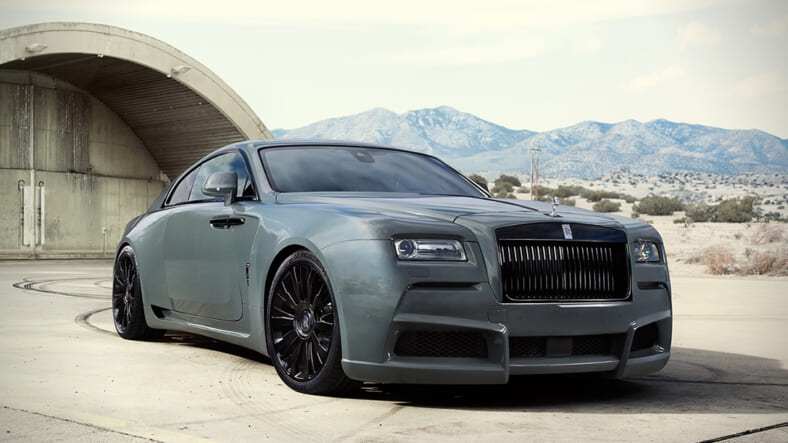 At 624 hp the Rolls-Royce Wraith is a pretty beastly machine. Of course, that’s just a red rag to a bull for some customizers who want to see how far they can take it by boosting the power to something truly ridiculous.

Take German tuner SPOFEC’s new “Overdose” remake of the Wraith, which gets kicked up to 717 hp.

That’s faster than both the Ferrari 458 Italia and Lamborghini Huracan if you’re keeping track at home, and can boost it from 0–62 mph in 4.2 seconds.

In addition to the juice the Overdose gets a limited edition widebody design that echoes the amplification under the hood.

The paintjob is a stealthy matte grey with a blacked-out grille and trim. And it rolls on a  set of 22-inch blacked out-alloys with carbon-ceramic high-performance brakes.

SPOFEC (the Rolls-Royce division of Novitec) plans on producing just eight examples of the Overdose. And there’s not reason to wonder why they chose that name…