Embrace the Dark Side with This Terrifying Blacked-Out Superyacht 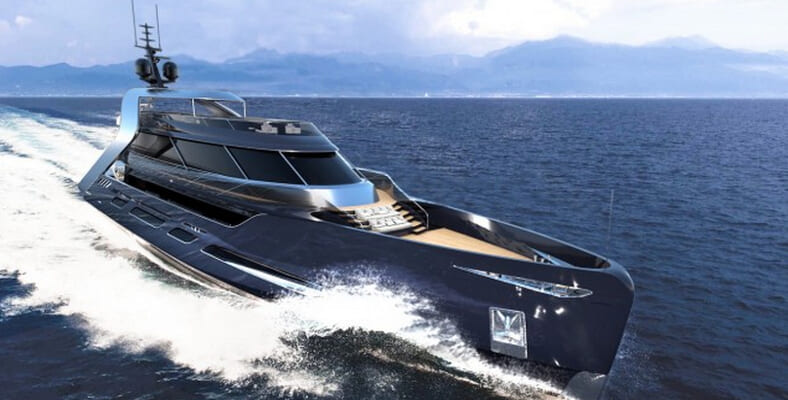 While most yachts are pretty easily pigeonholed by how long, expensive or fast they are, that’s not the case with Project Attitude, a collaboration between Rossinavi, designer Carlo Colombo, and architecture studio A++.

If not for the lounge chairs strewn about the fore and aft sun decks, it almost looks like the kind of vessel that might be used to transport Imperial Death Troopers. But alas, without a hyperdrive and constrained to the water, it’s merely an imposingly sleek, black superyacht.

Past that tough exterior lies a softer, more sumptuous side, as shown by the interior room featured in the images above and below. Clearly the intention is to exude luxurious comfort, as much as hearty bravado.

But make no mistake, it’s meant to perform as well. Thanks to an innovative keel, hull and propulsion, it’s able to slice through the water at a respectable 20 knots. So she may not be the fastest ship in the galaxy, but she’ll get you where you’re going in supreme style.

At the end of the day, the Attitude concept ship is all about spaciousness and elegance. But don’t for a second let that stop you from dishing out plenty of its namesake to anyone daring enough to pass by long enough to catch your attention.