Rupert Murdoch’s Former Superyacht Sailboat Is Up for Sale

The stunning superyacht is being sold by Silvio Berlusconi, ex-prime minister of Italy. 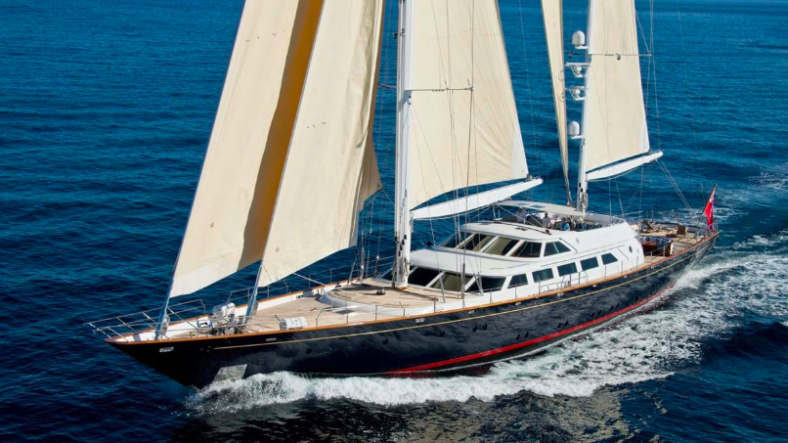 In a time when millions of people including the rich and famous find themselves cooped up waiting out the coronavirus pandemic, it’s easy to dream of getting away from it all. A 158-foot superyacht with one hell of a legacy is for sale now for anyone well-heeled enough to spring for it.

The Morning Glory is being sold by one-time Italian Prime Minister Silvio Berlusconi, who purchased it from Fox media tycoon Rupert Murdoch in 1999.

It’s got a pleasingly old-fashioned look but Murdoch commissioned the Glory in 1993 and even got married on board a few years later before selling it to Berlusconi for just over $7 million.

According to Robb Report, Berlusconi has made multiple upgrades, updating the diesel engines as well as the generators and the boat was rebuilt entirely just three years ago, the rigging refitted and the trim repainted a striking aquamarine.

Additional amenities include luxury dining inside and out, large lounge areas, and a huge master suite. Total capacity is sixteen people—eight guests and eight crew.

Berlusconi is a billionaire, ranked among the top 200 wealthiest people on Earth, so he could afford a few of these. He’s selling the Morning Glory through Burgess Yachts, list price $11 million USD.