Are you the Joker willing to buy it? 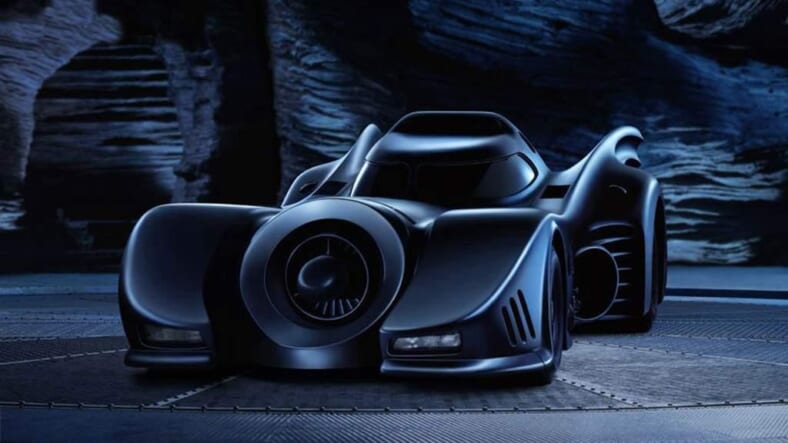 Batman V. Superman may be taking a critical pummeling like the one the Man of Steel administers to the Caped Crusader, but the movie’s blockbuster box office returns suggest fans are happy enough. However, if you want to forget the current sad state of the superhero franchise, turn back the clock to the original 1989 film by buying this Batmobile, listed for sale in Russia.

Original Batman director Tim Burton told Cinfex magazine at the time that creating the Batmobile was his toughest challenge. Burton worked closely with stylist Anton Furst to produce the fantasy car’s stunning design. “Even after the drawing was done, though, we still were not sure how it would go over in the film,” Burton recalled. “It wasn’t until we saw it in rushes that we knew it was right.”

“To me, the Batmobile was a pure piece of expressionism,” Furst explained. “I tried to give it that ‘knight in armor’ look, taking elements of the speed machines from the Utah salt flats of the ’40s, the Corvette stingrays of the ’50s and combining those elements with jet aircraft components to create one cohesive machine.”

Most fans would agree he succeeded, and now Auto.ru partner FastBoomPro is offering this striking replica of the 1989 Tim Burton/Michael Keaton Batmobile for $1.1 million. The seller claims that Warner Brothers studio has issued a certificate of the car’s fidelity as one of the best examples in the world, though vagueness on the car’s provenance suggests it is not actually one that appeared in the film.

It is built on a lengthened Chevrolet full-size sedan frame, with a 550-horsepower big block Ford 460 V8 providing power for a top speed of 156 mph. It is apparently reasonably roadworthy, because this Batmobile has already accumulated 14,000 miles on its odometer.

It might take guts to brave the car’s aerodynamics at its top speed, because even the builders said they dared only test drove it at 95 mph after filming was complete. But then again its your million dollars, so do with it what you want.