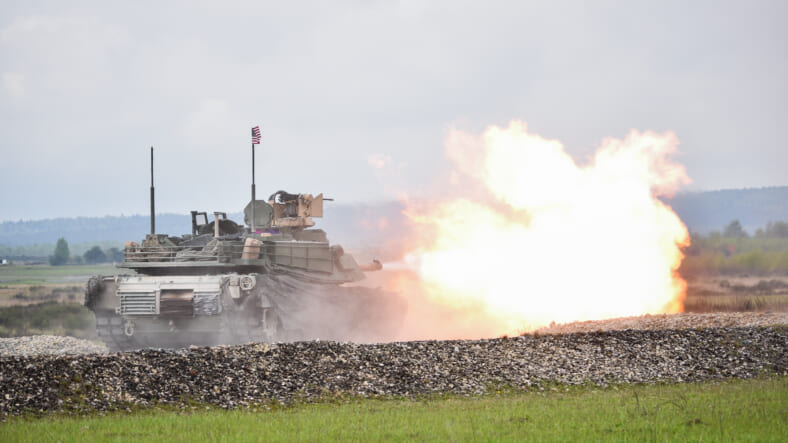 While Russian military aggression in Ukraine might be the material of flippant Tweet storms in some quarters, U.S. and European armies spent the weekend showing off their tank warfighting prowess at the annual “Strong Europe Tank Challenge” in Grafenwoehr, Germany.

In more relaxed times the car crushing and obstacle courses would have been good fun, but the armored marksmanship contest took on increased significance, especially for teams from NATO allies like Ukraine and Poland that are either currently fighting Russian-backed insurgents or are in Russia’s crosshairs.

They competed in events such as gunnery, spotting enemy tanks and discerning them from friendly armor (especially tough for countries like Ukraine fielding Russian-built tanks), operating while wearing chemical warfare gear, negotiating obstacle courses (both in tanks and on foot) and even handgun marksmanship, in case it comes to that.

This year’s winning team was from Austria, with Germany finishing second and the U.S. was in third place. The good part is that we’re all really on the same team.